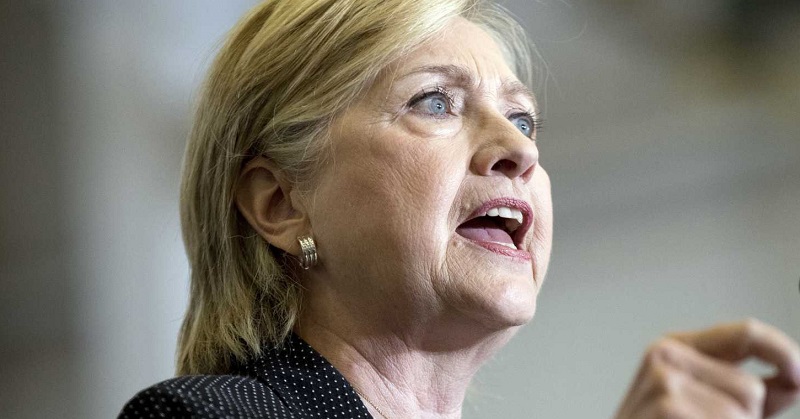 Since launching her presidential bid, Clinton has been plagued by a an email scandal, a private server scandal, the Benghazi scandal, Clinton Foundation pay for play, DNC corruption in the primaries, the clandestine meeting of Bill Clinton and Lorretta Lynch and endless flip flopping on key policy issues.

Nevertheless, liberals and many “conservatives” continue to viciously attack Trump for his style and the impressions he creates with his crude, unfiltered statements.

Apparently, the same rules don’t apply for both teams.

What Trump says is treated far worse than what Clinton does. Concurrently, Clinton gets away with outright lies and slandering her opponents, without consequence or backlash.

In an attempt to plunge his presidential campaign into a crisis, liberals and #NeverTrump Republicans obsessed this week over a comment Trump made during a rally.  Trump joked that gun owners would resist a Clinton administration’s efforts to confiscate their weapons and his detractors accused him of a making an “assassination threat” against Clinton.

These same folks took no issue with Clinton essentially explaining how Trump’s death would be beneficial for the economy.

Trump, who has said he’s worth $10 billion, has proposed eradicating the federal death tax, also known as the estate tax– a 40 percent levy on wealth that exempts the first $5.45 million per individual.

Pushing class warfare, government confiscation and redistribution of wealth in a speech Thursday, Clinton argued that Trump’s proposed elimination of the federal estate tax is unfair to the “99.8% percent of Americans” who are not millionaires and billionaires.

“If you believe that he’s as wealthy as he says, that alone would save the Trump family $4 billion,” Clinton said. “So they get a $4 billion tax cut and 99.8 percent of Americans would get nothing.”

Redistributing her opponent’s wealth following his death via government confiscation, she contended, would be preferable to his own disposal of his assets.

“Just think about what we could do with those $4 billion,” Clinton said, as the audience cheered.  “… I think there’s a lot of better ways to spend the money.”

The estate tax Trump would owe the government upon dying could be spent providing a four-year college degree to 47,000 veterans, a year of health care coverage for nearly three million children or federal assistance for state and local law enforcement agencies, she continued.

She did not mention her proposal to increase the estate tax to 45 percent.

Like all Democrats, Hillary thinks that private wealth belongs to the government, with the exception of course, of the money she immorally obtained through pay to play schemes during her tenure as Secretary of State.

Words matter — but shouldn’t they matter on both sides? Nope. Crooked Hillary is a Democrat. The media only creates fake outrage about Republicans.