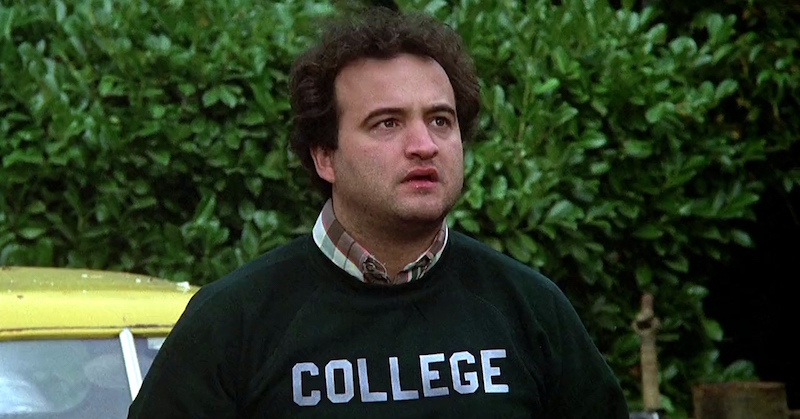 College students today are totally clueless about their rights, the Constitution and their own country in general.

It’s a far cry from the education most of us received as kids, but it’s rampant across the United States.

The American Council of Trustees and Alumni (ACTA) released a report detailing what they call a “crisis in American Civic Education.”

The group has been surveying American college students for the last 15 years and it shows a how college students’ knowledge of the fundamentals of American democracy have slipped – and the universities are to blame.

“[Students] cannot identify the term lengths of members of Congress, the substance of the First Amendment, or the origin of the separation of powers,” says the report by the ACTA.

Perhaps the most shocking: One third of college students couldn’t name a single First Amendment right and 43 percent couldn’t name the Freedom of Speech as one of those rights, CampusReform is reporting.

The report – called “abysmal” by the authors, found only 20 percent identified James Madison as the Father of our Constitution, 40 percent didn’t realize Congress was the body authorized to declare war and almost ten percent thought Judge Judy was on the Supreme Court.

Universities’ failure to teach a proper civics education is to blame.

“Academic historians are not much interested in constitutional history these days. Historians who write on America’s constitutional past are a vanishing breed,” Gordon Wood, professor of History Emeritus at Brown University, says in the report. Campus Reform reports:

The Liberal Arts core curriculum for Colgate University, which calls itself, “[o]ne of the most ambitious and elegant general education programs in the country,” requires courses in Legacies of the Ancient World, Challenges of Modernity, Communities and Identities, Scientific Perspectives on the World, and Global Engagements. Missing, again, are required courses on American history.

At Bowdoin College, three non-euro/U.S. courses are required but may be chosen from over 50 classes ranging from “Sex and the Politics of the Body in Modern India” to “The Courtly Society of Heian Japan,” to “Living in the Sixteenth Century.”

ACTA says that the only effective therapy for this ignorance is rigorous study and learning. They are calling on every college and university to “require at least one course in the history of America, the workings of its free institutions, and the core documents that illuminate our principles of government.”

“The way forward is clear. A renewal of civic education can reverse America’s civic deficit and restore widespread awareness of our history and government. It is time for students, parents, colleges and universities, and lawmakers to confront the crisis in civic education,” the report says.