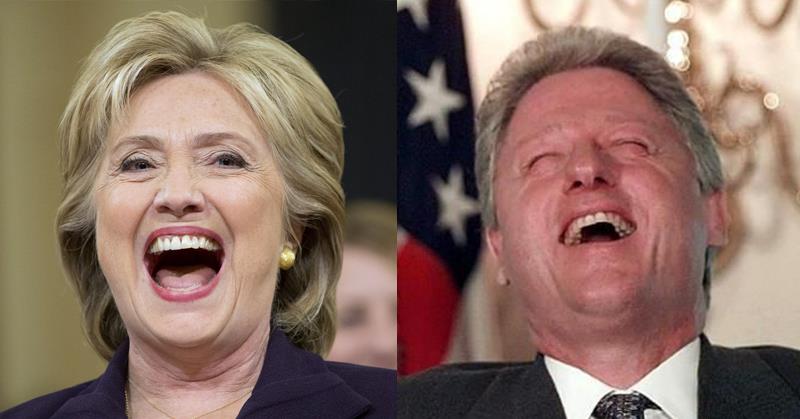 More interesting emails from Colin Powell keep coming out, and they keep getting worse and worse.

The latest email discovered is from Powell to Jeffrey Leeds – a big Democratic donor. He writes:

“I would rather not have to vote for her, although she is a friend I respect. A 70-year person with a long track record, unbridled ambition, greedy, not transformational, with a husband still dicking bimbos at home (according to the NYP).”

The email was first disclosed by a CBS producer.

This is a good Colin Powell email pic.twitter.com/66krJvciYL

The New York Post ran the article and contacted Powell, who said he didn’t remember sending it, but didn’t deny it either:

“Jeez, don’t remember this one. Best to ignore., don’t you think?”

The email – sent on July 26, 2014, came just days after The New York Post reported that: “Bill Clinton reportedly has a buxom blond mistress who visits so often when Hillary Clinton isn’t home in Chappaqua that the former president’s Secret Service detail have given her an unofficial code name: Energizer.”

The paper’s source was Ronald Kessler’s book “The First Family Detail: Secret Service Agents Reveal the Hidden Lives of Presidents,” which was released in August of that year.

Guccifer 2.0 is being blamed for accessing Powell’s emails, which he confirmed have happened. Other emails in Powell’s Gmail account expose the true nature of Hillary’s health, and how he tried to convince Hillary’s staff to try not to use her as a scapegoat for her e-mail problems.