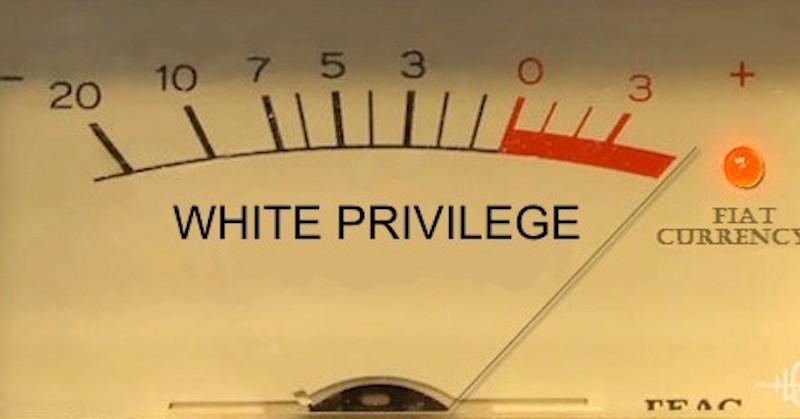 America’s colleges have ramped up their attempts to racially brainwash students.

Across the country, white college students who still don’t get it are being “re-educated” in training sessions to indoctrinate them on the “privilege of whiteness.”

At the University of Wisconsin-Madison, white students are being singled out for taxpayer-funded “privilege-shaming education sessions” so white students can adequately carry the ‘guilt’ associated with being white and privileged, The Daily Caller is reporting.

The “Privilege of Whiteness” workshop is designed for white people to “reflect on and name the ways their privilege impacts their beliefs and behaviors by gaining the skills to identify the historical roots of White Privilege and how it manifests today,” the school’s website reads.

According to the university website, “The Privilege of Whiteness” workshop was designed for white people to “reflect on and name the ways their privilege impacts their beliefs and behaviors by gaining the skills to identify the historical roots of White privilege and how it manifests today.” Prospective attendees were informed that the workshop was “designed for a White audience,” although “People of color” were still welcome.

These “re-education” camps and training sessions are popping up all over college campuses. Apparently, indoctrinating them in the classroom is not enough, so they need to “extra-curricularly” brainwash them. At Oregon State University earlier this year, they hosted racially segregated “social justice retreats” with “separate but equal” workshops for white students and non-white students.

Last November, at the University of Vermont, they held a racially segregated retreat for white students so they could confront their “white privilege.” It was a three-day retreat with the public university paying for students housing food and travel.

And earlier this year, the private Northwestern University held a six-week “social justice retreat” exclusively for white students. From The Daily Caller:

A flier advertising the program states that “Deconstructing Whiteness” is intended to answer questions white students might have about race such as “Why do I have to feel guilty about being white?” or “How can I talk about race as a white person?” or “What does it mean to be white?”

Colleges have dramatically stepped up their efforts to brainwash America’s youth into feeling either guilty about their race (if they’re white) or discriminated against and victimized (if they’re black).