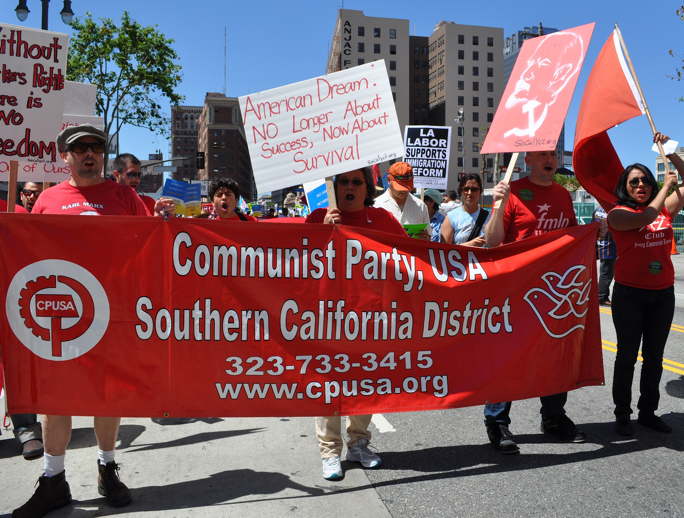 While the Communist Party never actually disappeared from the United States, despite the efforts many years ago of some on Congress, they have in recent years become quite vocal about their goals and their support for the Democrat Party.

They stopped running their own candidates years ago and have pushed and supported Democrats for many years now.

Of course, Democrats have swung so far to the left now that there aren’t many differences but Communists still would prefer solid Commie candidates.

The current chairman of the Communist Party recently coined a letter lamenting about the existing political parties and that they only way to continue to push forward their far left wing agenda is by electing candidates to all levels of government as Democrats.

Honestly, haven’t they been doing that already. Some Democrats are beyond outrageous at how far left and anti-freedom they have become.

Communist Party USA (CPUSA) has recently penned a 2,023-page open letter expressing its eagerness and enthusiasm on getting to work with the Democratic Party to “advance the modern communist agenda and achieve communist goals.”

Party Chairman John Batchell detailed the party’s strategy in the letter, according to the Daily Caller.

“[L]abor and other key social forces are not about to leave the Democratic Party anytime soon,” Bachtell promised. “They still see Democrats as the most realistic electoral vehicle” to fight against perceived class enemies.

The rest of Bachtell’s declaration is mostly a somewhat modernized version of the same, garden-variety communist drivel communists have been spouting since roughly 1840.

Communists and other leftists have experienced “disillusionment with the Democratic Party” because of its “deep connections to Wall Street.” He is still mad at President Bill Clinton for NAFTA and welfare reform.

He’s mad at everyone about an increased number of private schools.

Republicans are an embodiment of caricatured evil for Bachtell.

The far left, aka Communists have been pushing their agenda via Democrats for decades.

This shouldn’t come as a surprise for anyone in the politcal realm.

Even though many still see Communist as an ‘evil word’ (it is actually for their ideology is one that destroys freedom and puts total control in the hands of the government, not to mention it’s the most murderous ideology in the history of mankind).

What’s disturbing is the Democrat Party is in full compliance with these people.

Unfortunately most voters are nothing but ‘Grubered Americans’ and have no idea who they are selling their souls to.