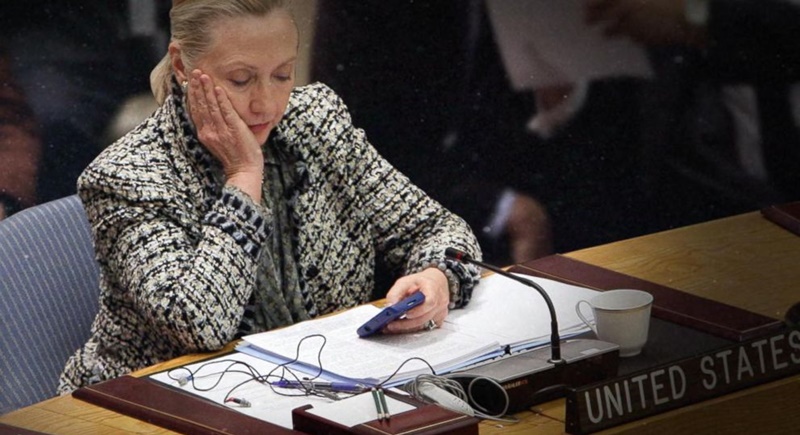 Breitbart is reporting that the Democratic presidential front-runner used a company called “Internap” as the internet service provider. Internap was one of more than 760 organizations that were “compromised” by the hacking of the organizations’ “backdoors” to steal data. Clinton’s company Internap appears five times on the list.

Almost 90 percent of the attacks on the organizations came from China, an investigation has discovered.

Hillary Clinton’s e-mail system had an “open webmail portal” that made it highly vulnerable to hackers.

Clinton’s email domain clintonemail.com is managed by a company called Network Solutions, which manages domains and provides a service that Clinton uses to protect the anonymity of the people running her server from mandatory disclosures on databases.

In 2010, potentially 500,000 Network Solutions domains hosted malware on their sites as part of a hack involving a Ukrainian “attack server.”

“We have received reports that Network Solutions customers are seeing malicious code added to their websites, and we are really sorry for this experience,” a Network Solutions spokesperson said in 2010. “At this time, since anything we say in public may help the perpetrators, we are unable to provide details.”