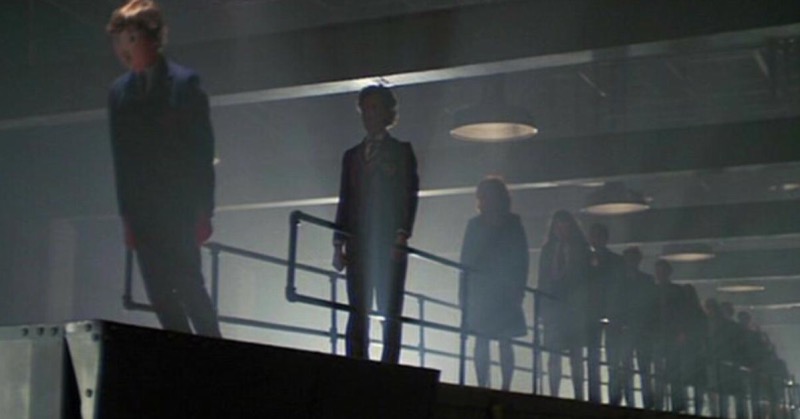 What do you get when you take a nation of millions of hard-working, patriotic people, narcotize them with “Dancing with the Stars,” “Cops” and “South Park;” give them news programs full of car chases, and political coverage that sounds more like “American Gladiator” than anything else?

Then, what if the media tells them that only Obamacare can save them?

And when the message comes from both political parties – from all sides really – in a conspiracy to create a people who can be directed, molded and shaped; people who can be told what to think, when to think it and what to do, it makes governing so much easier.

This is what the left has been trying to do for decades.

And don’t be fooled – the right does it too. They’re complicit in the attempt to create a nation of willing followers – spoon-fed the false narrative that there really is a profound difference between the two parties.

But slowly, the public is becoming “aware.”

From Bernie Sanders on the left – led by millennials who see through the leftist BS propagated by the Democratic Party.

And from Donald Trump on the right, led by Americans who have a palpable sense that something is wrong. Things are out of whack.

And both sides know this. Sanders lost to the Democrats’ establishment candidate, but Donald Trump didn’t.

But it doesn’t matter who got there first. America is waking up.

We have our first real clue that the establishment knows this.

Wikileaks has released an email from Bill Ivey, a former chairman of the National Endowment for the Arts and now a loyal Obama soldier. He sent the message to John Podesta back in March, and while he spends plenty of time bashing Donald Trump, he concludes that America can no longer rely on an unaware and compliant citizenry to do its bidding.

“Well, we all thought the big problem for our US democracy was Citizens United/Koch Brothers big money in politics,” he writes. “Silly us; turns out that money isn’t all that important if you can conflate entertainment with the electoral process.”

Ivey then attacks Donald Trump – of course – noting that he’s a celebrity-turned-politicians, that the media “picks up and repeats” his “hairbrained ideas.”

Then Ivey gets to the real issue: What politicians and the media have been doing for decades:

“We’ve all been content to demean government, drop civics and in general conspire to produce an unaware and compliant citizenry,” he concludes. “The unawareness remains strong but compliance is obviously fading rapidly.

With the full consent of Washington, schools have placed little importance in a civics education – in American history and government. So even if we seem unhappy with the direction of the country, we don’t have the intellectual toolbox to explain why.

Combined with a complete disregard for the concerns of the American people and you create a ticking time bomb.

Donald Trump may not win this election. The establishment (Republican and Democrat) may win this one, again. But it’s only a matter of time before the “unaware” and “compliant” citizenry becomes neither.