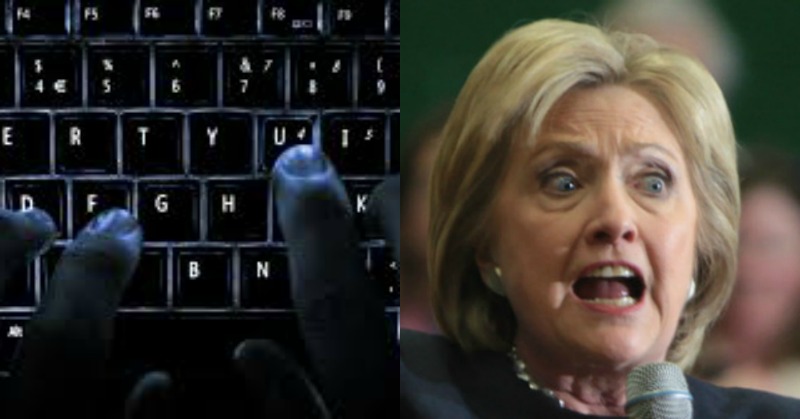 The documents released by the FBI on Friday confirm that former Secretary of State Hillary Clinton’s unsecured, private server was hacked.

We already knew that the use of an unsecured, private basement server by Clinton put national security at risk, but this new information is concrete proof.

Politico reported than an individual whose name remains unknown accessed one of the email accounts that resided on a Clinton private server, according to the FBI notes.

The hack occurred on Jan. 5, 2013, less than a month before Clinton vacated her role as secretary of state. According to FBI notes, the hacker used three IP addresses are known “exit nodes,” which Tor uses to shield users’ anonymity.

“The new report also revealed that one of Clinton’s IT aides enabled Remote Desktop Protocol on the server, despite known vulnerabilities in the protocol. FBI investigators also could not determine if the widely recommended security protocol TLS was ever enabled.”

FBI Director James Comey confirmed in July that Clinton’s unsecured private server very well could have been hacked, and if it was, we may never know about it. Well, there’s at least one instance that we now have proof of.

This is just one case that we know of, and as Comey and experts have noted, hostile actors from foreign governments are so sophisticated that they wouldn’t leave evidence that they ever breached her server.

Clinton’s camp went to great lengths to remove all traces of emails that she clearly didn’t want anyone to see through the use of the program BleachBit.

The FBI was able to recover 14,900 documents that Clinton didn’t turn over, but how many did hackers have access to them? Who knows what was in them? Clearly there was something Clinton didn’t want anyone to see.

This is precisely the problem. Clinton’s reckless disregard for national security is yet another reason why she would be extraordinarily dangerous as president.

If hostile actors, or anyone for that matter, got access to emails that Clinton clearly desperately didn’t want anyone to see, she’d be easily subject to blackmail — which is an extraordinarily dangerous predicament for the United States to be in.

The information released about Clinton’s pay-for-play scandal made it clear that she can be bought, and now on top of that she could also be blackmailed? She is completely and utterly unfit to be president on any set of standards.