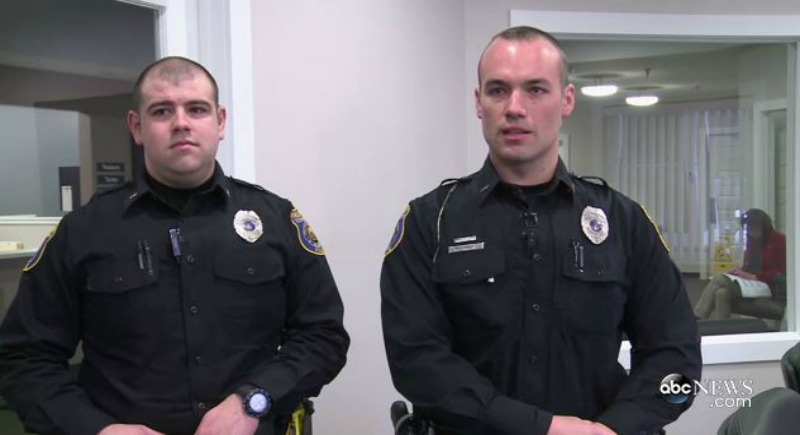 Owning a car seat for your child is not only the law but actually an incredibly smart thing to do because of safety concerns. A couple was pulled over by the Fruitport police after it was reported the Mother was holding her baby in her arms.

When the police stopped the couple and spoke to them rather than give them a ticket they did something quite different.

After speaking with the parents, the officers learned that the duo was unable to afford the cost of buying a car seat for their daughter.

“They had just recently moved to the area,” Hodges told ABC News. “We tried to have them contact family but they don’t have anyone close.”

“There were no co-workers, no one who could help them out,” he added.

That’s when the officers decided to take matters into their own hands. Instead of issuing the parents a ticket, they concluded there was a better option.

“We spoke with each other and made the decision to go get them a car seat so we’d know the kid was safe and that this issue wouldn’t come up again,” Hodges told ABC News.

The partners put together their money and, as Pavlige stayed at the scene with the family, Hodges drove to a local Walmart to buy the parents a car seat. The officers then assisted the family in installing it in their vehicle.

“The father was, I think, almost in shock,” Hodges said. “They didn’t say much but were just very appreciative.”

Pretty sure the parents didn’t expect that.