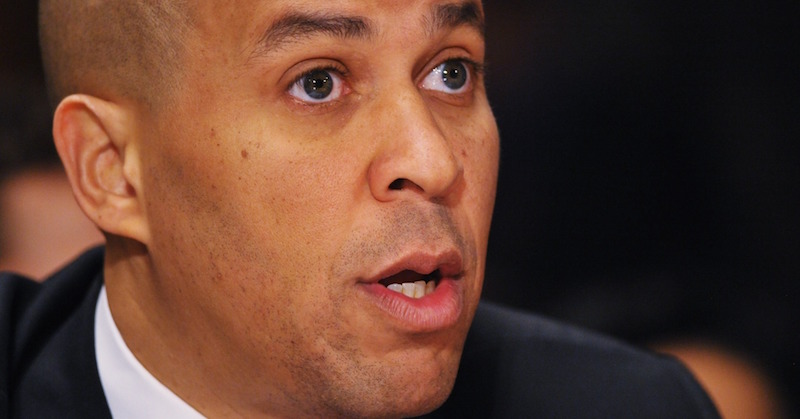 Booker- who is black – will face off against Sessions, who has been accused of being a racist.

During an interview on MSNBC, Booker said that he chose to testify against Sessions because the Alabama senator has voted or spoken out against “key ideals around the Voting Rights Act” and taken steps “to block criminal justice reform.”

“He has a posture and a positioning that I think represent a real danger to our country,” Booker said.

Yet, in his own words, here’s Booker praising the Alabama Senator at a Congressional ceremony:

“I feel blessed and honored to have partnered with senator Sessions in being the Senate sponsors of this important award,” he said.

Rep. John Lewis also plans to testify against Sessions. Lewis is a civil rights hero, so one would think he brings a lot of gravitas to the proceedings. But here’s a picture of them holding hands a they cross Selma’s Edmund Pettus Bridge in 2015, commemorating the 50th anniversary of “Bloody Sunday.” 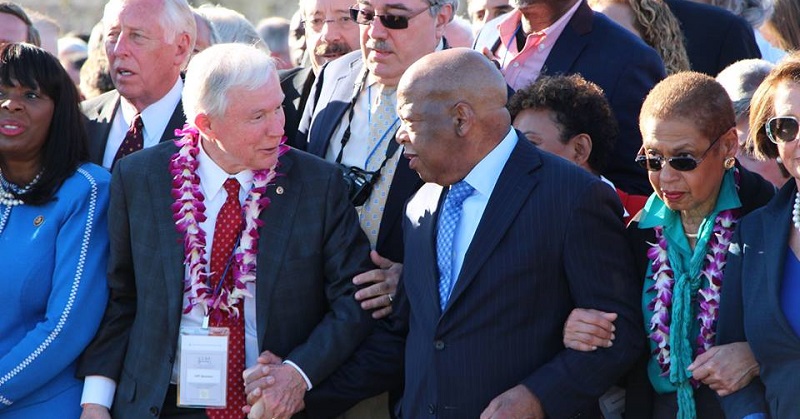 Looks like this nonsense is exposing the hypocrisy and racism on the left.

They told me that if Jeff Sessions was nominated to be attorney general, it would expose America's racism. And they were right! pic.twitter.com/9dlzNRyOWD