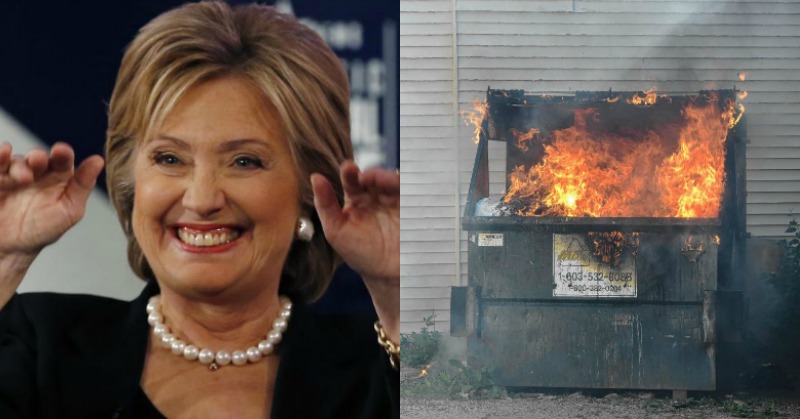 Boxes of former Secretary of State Hillary Clinton’s printed emails have mysteriously gone missing according to recently-released interviews from the FBI’s investigation of Clinton’s mishandling of classified information.

Fox News’ Steve Doocy reported about the lost emails with Judge Andrew Napolitano on the set to offer his take on the situation.

Napolitano noted that the printed emails are insufficient in and of themselves. It’s bad enough that they went missing, but Clinton shouldn’t have been able to get away with offering them in printed form anyway.

Napolitano said on Fox News according to National Review: “She didn’t actually return the e-mails. If you send an e-mail to me and you deleted it and say ‘Judge I need a copy of it,’ I would hit reply and send it back to you electronically — thereby giving you everything you gave me.”

“What Mrs. Clinton did was to make paper copies of the e-mails and deliver those to her lawyer to go to the State Department. The paper copies do not have on them all the underlying meta data – where they came from, when she received them, were they altered . . . all that stuff was kept from the government.”

“Now we find, not only did she keep that from the government but somewhere in this process, from her to her aides to her lawyers to the state department, to the FBI, two of the twelve boxes of paper e-mails are gone,” Napolitano added.

The revelation of the two missing boxes of emails comes after we found out that a top State Department official pressured staffers to change classified markings on emails in an effort to keep them from Freedom of Information Act requests.

As Napolitano pointed out, the investigation into Clinton’s emails has been met with egregious obfuscation by Clinton and her staff.

When Clinton was required to turn over her emails, there’s no way that she should have been able to decide which emails were work-related and which weren’t.

Clinton’s email fiasco boils down to massive criminal activity and an equally massive criminal coverup. The damage that has been done to the public’s confidence in our government and legal system may well be irreparable.

The only way we have a chance to potentially see Clinton face justice is to cast a vote for GOP nominee Donald Trump in November. At the very least we can keep Clinton out of the White House and at best she will actually face the consequences that are woefully overdue.