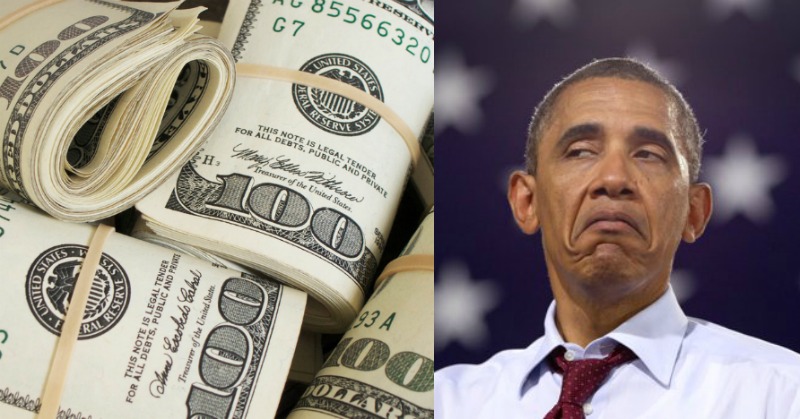 President-elect Donald Trump has vowed to “drain the swamp” and a recent cover-up of massive government waste, according to the Washington Post, showed how dire the situation is.

The Pentagon has buried an internal study that exposed $125 billion in administrative waste in its business operations amid fears Congress would use the findings as an excuse to slash the defense budget, according to interviews and confidential memos obtained by The Washington Post.

Pentagon leaders had requested the study to help make their enormous back-office bureaucracy more efficient and reinvest any savings in combat power. But after the project documented far more wasteful spending than expected, senior defense officials moved swiftly to kill it by discrediting and suppressing the results.

The report, issued in January 2015, identified “a clear path” for the Defense Department to save $125 billion over five years. The plan would not have required layoffs of civil servants or reductions in military personnel. Instead, it would have streamlined the bureaucracy through attrition and early retirements, curtailed high-priced contractors and made better use of information technology.

The study was produced last year by the Defense Business Board, a federal advisory panel of corporate executives, and consultants from McKinsey and Company. Based on reams of personnel and cost data, their report revealed for the first time that the Pentagon was spending almost a quarter of its $580 billion budget on overhead and core business operations such as accounting, human resources, logistics and property management.

The study showed the bloated bureaucracy — 1,014,000 behind-the-scenes desk jobs over-funded/staffed while we have the lowest number of active-duty troops since 1940 at 1.3 million.

The Pentagon allegedly suppressed the results of the study that exposed the massive bureaucracy and wasted money that could have gone to rebuilding our military – something that desperately needs to happen.

This is the problem with the government. It is bloated, inefficient, and in far too many cases lacking in transparency and not accountable to the people who are footing the bill.

According to WaPo, the Pentagon hid the results because it didn’t fit their narrative that they need more money to get things done.

That is yet another problem our government has — they constantly want to throw more money at everything, yet that rarely fixes the underlying problem, especially when our government already takes too much of our money.

The government needs to be accountable and to tighten their belt just like anyone else on a budget would do. As this study showed, the money is there, it’s just not being spent the way it should be.