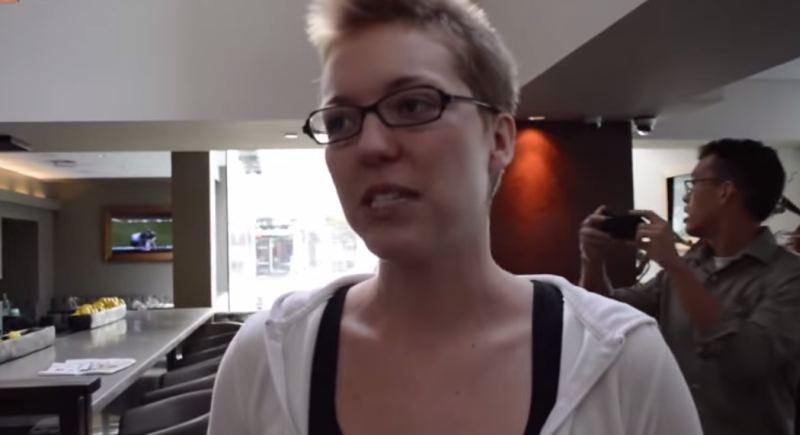 You’re in a restaurant, enjoying your breakfast, when a incredibly emotional and seemingly crazed woman enters and loudly begins telling everyone about her little girl named Snow. 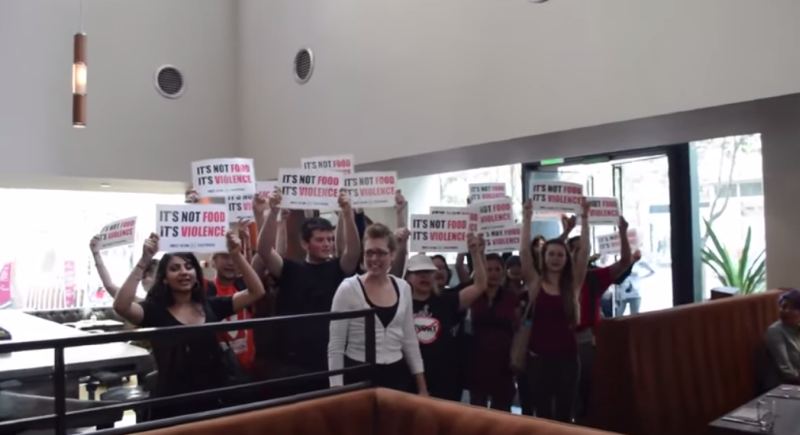 The only problem is “Snow” is not a little girl, we soon find out Snow is a chicken!

The woman in the restaurant (and the video attached below) is Kelly Atlas. She is an Oakland, California-based activist, organizer and designer with Direct Action Everywhere. The group’s website says that it strives to “create a world where animal liberation is a reality.”

Atlas and other Direct Action followers are currently on a campaign to tell people who eat meat, fish, poultry, dairy or eggs that they need to change and stop eating animals.

When they target a business, several members assemble in a flash mob type protest. Typically, one person announces Direct Action’s message and other members will carry signs with the slogan, “It’s not food, it’s violence.”

You really have to see it for yourself as there are no words that can accurately describe this:

Sadly this was not the groups first video about a chicken. This is hilarious:

These are the sisters that got left behind, don’t they look tasty? 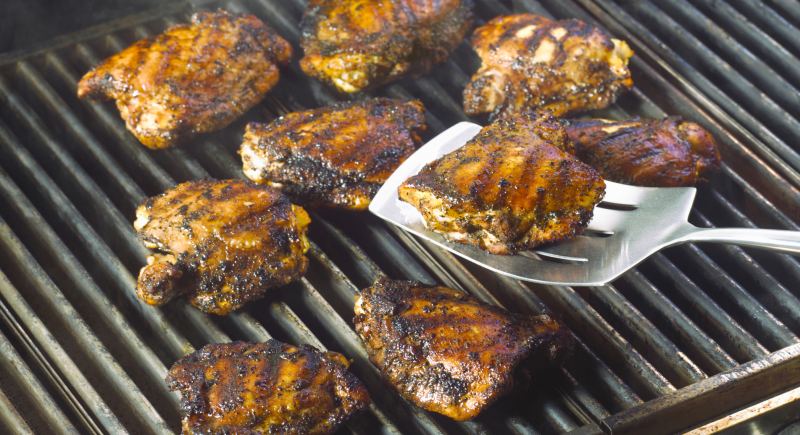 I going to remember Snow’s name later tonight when I barbecue some chicken….