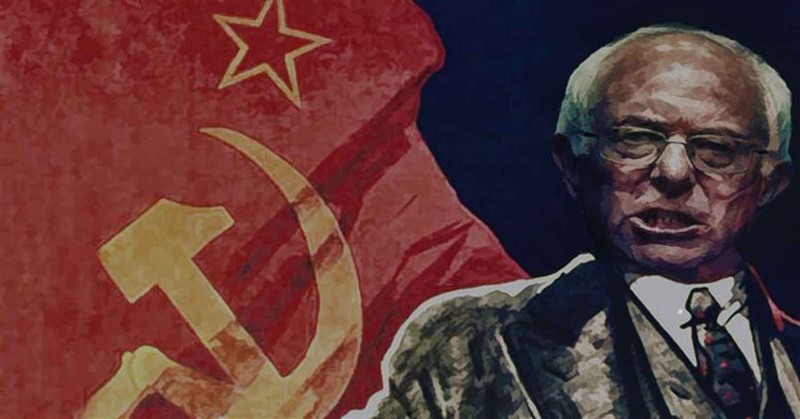 While the nation awoke to the shocking news of the slaughter of over 50 people at an Orlando LGBT club early Sunday morning it was only a matter of time until Democrats exploited the tragedy for political gain in an election year.

The bodies of the victims weren’t even cold before raging socialist crank Bernie Sanders blamed the slaughter not on the shooter – who appears to hew to radical Islamic ideology – but on the failure of the government to implement gun control.

While speaking with NBC’s Chuck Todd on Meet the Press, old Bernie claimed that the lack of a ban on the sale of automatic weapons was at fault for what is clearly a terrorist act.

“Hopes go out to all those who were shot that they can recover,” he said on NBC’s “Meet the Press.”

“And I’ve got to tell you … I believe that in this country, we should not be selling automatic weapons which are designed to kill people,” he added.

“We have got to do everything that we can on top of that to make sure that guns do not fall into the hands of people who should not have them — criminals, people who are mentally ill. So that struggles continues.”

Sanders said he thinks there is a “very broad consensus” in the U.S. “that we have got to do everything that we can to prevent guns from falling into the hands of people who should not have them.

“That means expanding the instant background check; it means doing away with the gun show loophole; it means addressing the straw man provision. I think there is a wide consensus to move forward in that direction,” he said.

Sanders’ remarks not only show a callous disregard for the victims and their families but are an early sign of just how the Clintons and their lackeys in the media are going to spin the terrorist attack to fit their political needs.

Reports are already surfacing that Mateen had beeen considered to be a“person of interest”by the FBI on more than one occasion. The failure to call a spade a spade when it comes to terrorism was also evident when Hillaryspoke

to a crowd in San Bernardino last week.

She refused to acknowledge that the holiday party massacre perpetrated by a pair of ISIS groupies last year was simply an act of gun violence not terrorism despite evidence to the contrary.

President Obama has been briefed but has yet to deliver an official statement nor has Hillary but look for their remarks to mimic those of Sanders by reinforcing the liberal meme that guns are the root of all evil and that the Second Amendment is no guarantee of the right to bear arms.