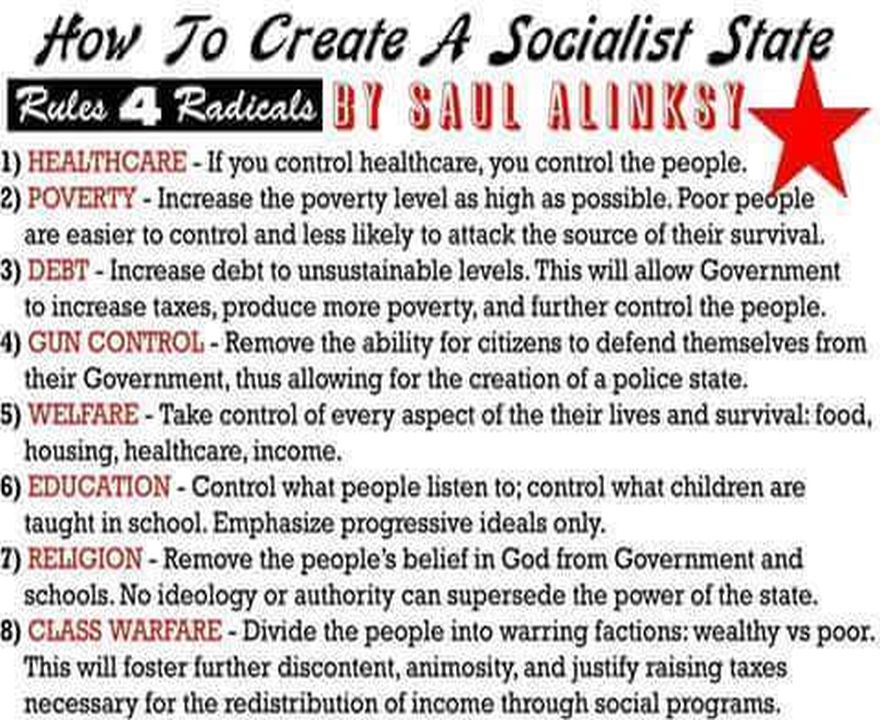 The group – calling itself the “Autonomous Student Network” – tweeted that the name should be changed, accompanied by a picture of a policeman engulfed in flames.

They quickly deleted the message, but CampusReform got a screenshot: 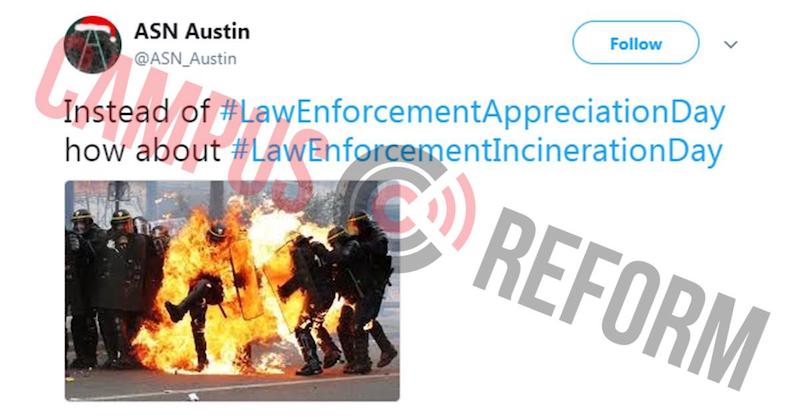 In that image, the 41-year-old officer was patrolling the streets of Paris during May Day last year – during violent protests – when he was hit with a Moltov Cocktail that inflicted third-degree burns on his body.

On its Facebook page, the “Autonomous Student Union” describes itself as “pro-liberation,” whatever that means:

“We are dedicated to the complete abolition of all systems of domination and hierarchy. We stand absolutely against white supremacy, settler colonialism, cisheteropatriarchy, ableism, the state, and capitalism as systems which organize violent and hierarchical relationships between social groups.”

The very long description of the group ends with the message: “Spread Anarchy! Live Communism!”

As alluded to in its statement of principles, the controversial tweet of a police officer being immolated is just the latest instance of ASN Austin’s anti-police rhetoric.

PragerU, the media brainchild of American conservative talk radio host Dennis Prager, tweeted a pro-police infographic on January 9 with the caption, “In America, we’re lucky to have the police force we do.”

In America, we're lucky to have the police force we do.

The infographic points out that police officers protect citizens by arresting the gang members who kill and rob innocent people, asking, “So, why are there so many anti-police activists?”

The group took offense with the graphic and created their own, replacing leftist buzzwords like “Oppressed Peoples” and “White Supremacist Capitalism.”

Hey @prageru, we fixed your graphic on the cops for you.

Bet you feel real lucky being on the right side of that thin blue line though #ACAB #FTP pic.twitter.com/Ceex10oYT7

“Hey @prageru, we fixed your graphic on the cops for you,” they wrote.

Despite the sound and fury, Antifa has taken some hits lately – especially in court.

Last week, a middle-school teacher turned leftist militant was ordered to pay $11,000 in damages to one of her victims, Berkeley College Republicans President Troy Worden.

During a 2016 protest, the 47-year-old teacher encountered a man who she believed was a “neo-Nazi.” The man – while clearly an obstinate ass, is just standing there while Felarca pummels, shoves and pushes the man. All he really does is raise his hands and ask for help.

At the time, she told the court that the charges – felony assault and misdemeanor “inciting a riot” should be dropped because “punching Nazis is not a crime.”

When she’s not physically attacking people she disagrees with, her and her group are busy filing frivolous lawsuits and restraining orders against conservatives, claiming they are threatening her personally – which they aren’t.

The courts have dismissed restraining orders she filed against conservatives, finding that not only are they frivolous, but that Felarca lies in court about the facts of the case.

Despite the controversy, some leftist politicians still side with the violent group. Earlier this month, top Democrat Keith Ellison proudly posed with a copy of the “Antifa Handbook.”

“At @MoonPalaceBooks and I just found the book that strike fear in the heart of @realDonaldTrump,” he wrote.