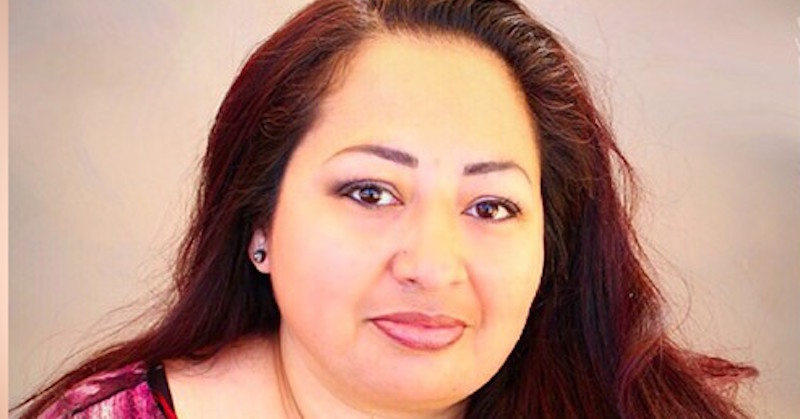 A Democratic lawmaker in Arizona has been charged with three counts of felony welfare fraud in a case that has sent shockwaves throughout the state.

Back in May, Ceclila “Cici” Velasquez, who represents the Phoenix suburb of Litchfield Park, was charged with fraudulently using over $1,700 in food stamps. The indictment was unsealed just a few days ago.

not the first timethe former paralegal and mother of five has been in legal hot water in her short political career (she was first elected just two years ago). After that election, a court issued a warrant for her arrest for failing to pay fines for driving without insurance and with a suspended license. She also has numerous driving infractions dating back to the 1990s.

Velasquez has been avoiding the press, but she issued a blanket denial on her Twitter feed:

I have done nothing wrong! This is a political witch hunt. I'm confident that justice WILL prevail once all the facts are known!

“I have done nothing wrong! This is a political witch hunt. I’m confident that justice WILL prevail once all the facts are known!” she wrote.

According to a news release from the Arizona Department of Economic Security, the state got a tip in November 2014 of possible fraudulent activity. Court documents allege Velasquez between 2013 and 2015 fraudulently used $1,726 worth of food stamps. Court documents do not document the details of the allegations. Velasquez is scheduled to appear in court July 5.

As a result, even Democrats in the heavily-Republican state legislature are demanding Velazquez resign. Minority Leader Eric Meyer said the “gravity” of the charges means she should step down.

“These are allegations of misconduct, and they are serious allegations,” Meyer said. “The courts will have to work their way through them … but this is a major distraction.”

Democratic leaders in the state house have had a tough time in the last few years. If she does step down, Velasquez would be the third Dem house member to do so since 2012.

In 2012, Rep. Richard Miranda abruptly resigned from the Legislature and later pleaded guilty to felony wire fraud and attempted tax evasion for selling a Surprise building owned by a non-profit he ran and pocketing the money. Miranda received a 27-month federal prison sentence and was ordered to repay hundreds of thousands of dollars.

That same year, Rep. Ben Arredondo, a former Tempe City Council member, pleaded guilty to two felonies and agreed to resign his legislative seat after being indicted for demanding tickets to sporting events and gifts from a fake company that ostensibly wanted to do development deals in Tempe. The company was a ruse fronted by undercover FBI agents.