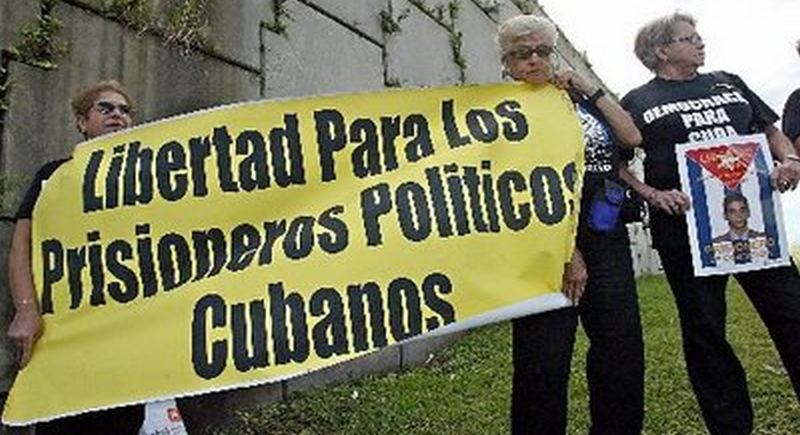 In the ‘normalization deal’ between the United States and Cuba, Obama claimed that as part of the deal Cuba said they would release 53 political prisoners.  The problem with believing oppressive regimes is they lie to get what they want.  The State Department has no idea if any of the political prisoners have even been released and no one in Cuba seems to know anything about it either.

As reported by the Washington Free Beacon:

State Department Spokesperson Jen Psaki repeatedly refused to answer questions this afternoon about the 53 political detainees Cuba promised to release as part of a deal with President Obama to normalize relations with the United States.

When asked about a lack of transparency in the prisoner exchange process, Psaki said, “Well, we know who’s on there. And the Cuban government knows who’s on there.”

The Cuban government hasn’t exactly been a model for transparency the last half century. Included in his deal with Cuba, Obama announced two weeks ago that the U.S. government had released three Cuban spies. The lack of progress in freeing the Cuban political prisoners increases the scrutiny on that White House decision.

You can watch the video which clearly shows the State Department is clueless:

And from the Wall Street Journal:

Mr. Obama claimed in his speech that Mr. Gross’s release was a humanitarian gesture on the part of Cuba. That’s not believable. Almost from the day Mr. Gross was arrested, Havana made it clear that he would not be released until the Cuban spies were returned to the island. He was a hostage.

If the Castro brothers renege on their promise to free the 53 it wouldn’t be a surprise. But nothing in their history suggests they would want to keep the release a secret. On the contrary, going back to the days of Jimmy Carter , Fidel has always released dissidents as a propaganda tool to boost his image as a benevolent leader—even while he sends them into exile or only paroles them.

Most of the prisoners arrested in Cuba’s Black Spring of March 2003, for example, were shipped off to Spain when international pressure forced the regime to let them out. The regime boasted about it; the press and the Catholic Church reported it as a humanitarian gesture.

In the weeks since Mr. Obama’s rapprochement with Cuba, reports from the island say that more than 50 dissidents have been arrested, including the husband of the dissident blogger Yoani Sánchez. Most have been released but some remain in prison.

Don’t expect much outrage from Washington. Mr. Obama wouldn’t want to damage his newly reconciled relationship with the police state.