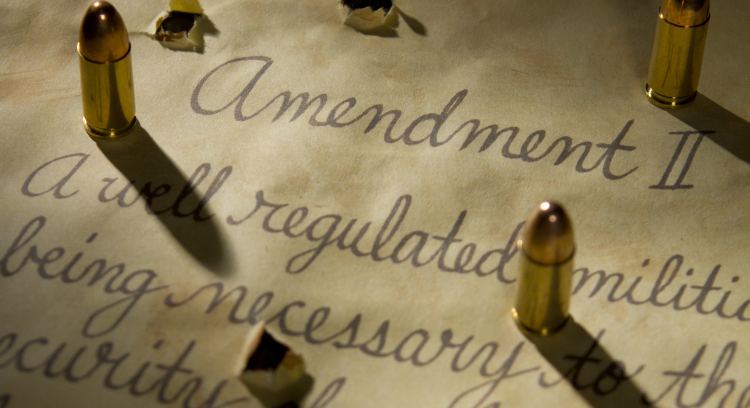 The U.S. Court of appeals ruled this afternoon that much of Washington D.C.’s ridiculous gun-registration law violates the Second Amendment.

The Washington Post is reporting the following provisions were ruled unconstitutional:

The court did uphold other requirements, namely that gun owners must be photographed and fingerprinted.

The case was brought by the same man, Dick Anthony Heller, a former security guard, who won theHeller v. DC victory before the Supreme Court in 2008.Heller v. DC

basically affirmed that the “right to keep and bear arms” was an “individual” right.

In evaluating the constitutionality of D.C.’s firearms laws, the court applied “intermediate scrutiny.” The test asks whether a law “promotes a substantial governmental interest that would be achieved less effectively absent the regulation,” and whether “the means chosen are not substantially broader than necessary to achieve that interest.”

The court upheld the city’s requirement that all guns be registered because, the court found, it imposed only a “de-minimis” or small burden, akin to registering an automobile.

And the fingerprinting was upheld because the courts determined it can keep people from “fraudulently obtaining firearms.”

The laws that were ruled unconstitutional failed because they did not advance a government interest “in a direct and material way.”

D.C. had presented no evidence that requiring a gun to be brought to the police station would enhance public safety. As the court observed, “common sense suggests a person would not go to the trouble of obtaining a registration certificate for a weapon other than a weapon in his possession.” Besides that, carrying the gun to the police station created the risk that the gun (which by D.C. law must be unloaded when transported in public) could be stolen en route, or that a police officer might shoot a person who is seen carrying a gun or a gun case.