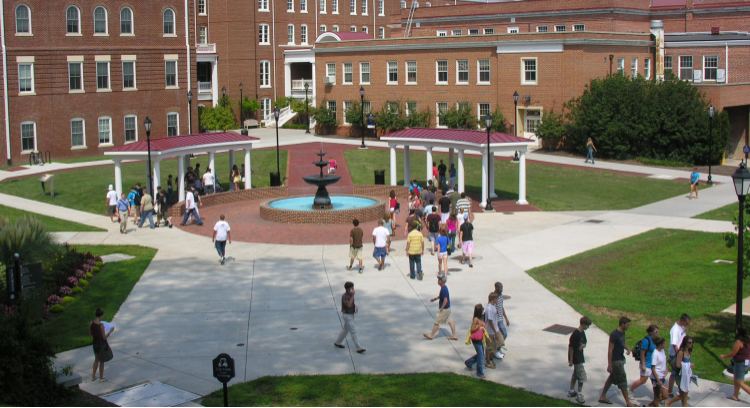 This seems ridiculous, you are either an adult at 18 or not. Most parents, if they have the resources, pay for their child’s college education out of love, not obligation. This sounds like a petulant child who thinks the world (and her parents) owes her something!

Via The Daily Record:

A Morris Catholic High School honor student and athlete who claims her parents threw her out of their Lincoln Park home when she turned 18 has taken the highly unusual step of suing them for immediate financial support and to force them to pay for her college education.

Private high school senior Rachel Canning, a cheerleader and lacrosse player who has aspirations to be a biomedical engineer, filed a lawsuit last week in the Family Part of state Superior Court in Morristown that seeks a judge’s declaration that she is nonemancipated and dependent as a student on her parents for support.

Judge Peter Bogaard, sitting in Morristown, has scheduled a hearing for Tuesday. Rachel Canning’s lawyer, Tanya N. Helfand, will ask that parents Sean and Elizabeth Canning, who haven’t paid an outstanding $5,306 Morris Catholic tuition bill, be ordered to settle that debt, pay Rachel’s current living and transportation expenses, and commit an existing college fund to their daughter, who has received acceptance letters from several universities and has to make a decision this spring.

The father said that he and his wife did stop paying the Morris Catholic tuition and have kept Rachel’s car because they paid for it. The father contended that Rachel moved out because she didn’t want to abide by simple household rules — be respectful, keep a curfew, return “borrowed” items to her two sisters, manage a few chores, and reconsider or end her relationship with a boyfriend the parents believe is a bad influence.

“We’re heartbroken, but what do you do when a child says ‘I don’t want your rules but I want everything under the sun and you to pay for it?’ ” Canning said, adding that his daughter’s college fund is available to her and not withdrawn or re-allocated, as she has alleged.

In New Jersey, emancipation of a child “is a fact-sensitive analysis that looks at whether the child has moved beyond the sphere of influence and responsibility exercised by a parent and has obtained an independent status of his or her own,” Helfand said in court papers.

The mere fact that a child has turned 18 is not an automatic reason to stop financial support, according to Helfand and several longtime family attorneys in Morris County. A key court decision in the state specifies that, “A child’s admittance and attendance at college will overcome the rebuttable presumption that a child may be emancipated at age 18.”

Prominent family-law attorneys Sheldon Simon and William Laufer both called the lawsuit highly unusual and Laufer said he has seen nothing like it in 40 years of practice.

Do you think parents have an obligation to support their children after age 18?