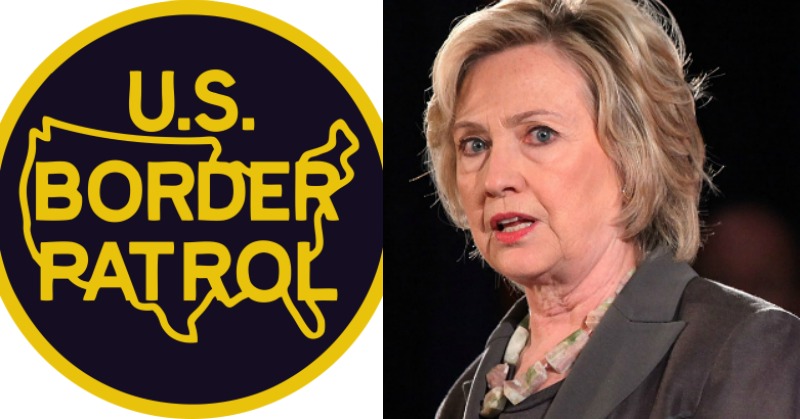 Border Patrol agents who spoke exclusively to Breitbart Texas made it clear that information is being withheld from the public because of the negative impact it would surely have on the Democrats, particularly Hillary Clinton, in the upcoming 2016 elections.

A record number of illegal aliens have crossed the U.S.- Mexico border and are in U.S. Border Patrol custody in Texas’ Rio Grande Valley Sector (RGV), according to the National Border Patrol Council (NBPC). Border Patrol Agent and NBPC President Brandon Judd spoke exclusively with Breitbart Texas and condemned the leadership of the Border Patrol’s parent agency, Customs and Border Protection (CBP), for allegedly “keeping this information secret” ahead of the 2016 U.S. presidential election.

“We are at breaking point,” Judd said. “We have the highest number of illegal aliens in custody in history in Border Patrol’s RGV Sector and this information has been kept from the American public.”

“The talk of amnesty has once again created pull factors and encouraged people from all over the world to cross Mexico and then cross our porous southern border to illegally enter the U.S. We are simply overwhelmed,” he added.

This is an issue of the federal government restricting crucial information from the public ahead of a presidential election and it is unacceptable. Americans deserve to know the truth. Our Border Patrol agents deserve for Americans to know what they are really facing. Too many Border Patrol agents have given their lives and left loved ones to grieve for CBP leadership to play these types of political games ahead of such an impactful election.

Border Patrol Agent Chris Cabrera, who serves as vice president of the NBPC Local 3307 which represents most of the RGV sector Border Patrol agents, spoke to Breitbart Texas in his role as a local NBPC vice president: “This isn’t surprising, considering the history of Border Patrol and CBP covering up facts and falsifying numbers.”

“In 2014, CBP didn’t publicize the crowded conditions in our facilities until Breitbart Texas published over forty photos depicting the reality,” he went on. “Only then did they properly address the crisis.”

“One side in this coming election is downplaying illegal immigration and concealing this information only serves to help that agenda,” Cabrera noted.

Judd discussed the reported record number of apprehensions and offered explanation as to why the numbers are dangerously misleading:

There is a significant difference between apprehension numbers and numbers in custody in our facilities. These record numbers in custody indicate that these are people who are not voluntarily returning. This indicates that these people will, under current policy, be released into our communities and given amnesty. This record number of people currently in detention is significant because the RGV Sector is dealing with the Gulf and Los Zetas cartels. This means our agents are busy babysitting record numbers in facilities instead of patrolling the border and stopping these murderers, kidnappers, and drug smugglers.

CBP responded to Breitbart Texas and tried to downplay the claims without really addressing them — especially Judd’s explanation above about how the numbers are misleading.

That is pathetically typical of how things work under the Obama administration. They play politics with people’s lives. That’s truly disturbing, which is precisely why this election so critical — this country may not survive four to eight years under a Clinton administration that would be Obama 2.0.