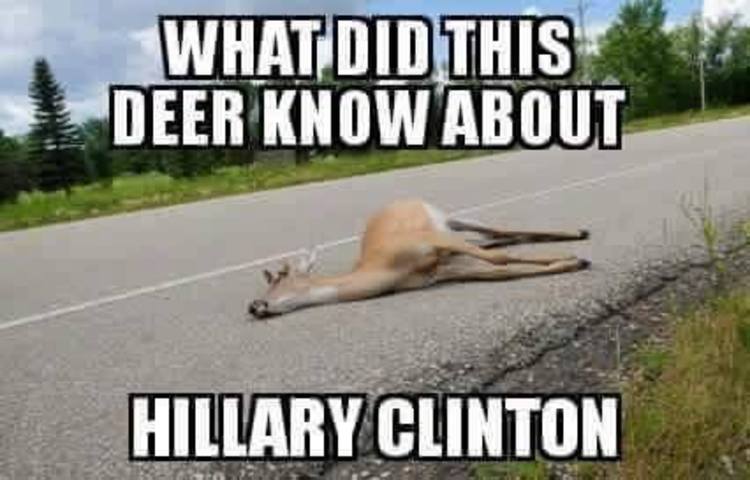 Almost seven months after the presidential election, Democrats are finally coming around and making the same point voters did in November.

I mean, really, get out of the spotlight.

According to The Hill:

Democrats say they’d like Hillary Clinton to take a cue from former President Obama and step out of the spotlight.

They say her string of remarks explaining her stunning loss in November coupled with the public remarks blaming the Democratic National Committee for the defeat — which many took as also critical of Obama — are hurting the party and making the 2016 candidate look bitter.

The Hill interviewed more a dozen Democrats about Clinton’s remarks, including many staunch Clinton supporters and former aides…

“Good God, what is she doing? She’s apparently still really, really angry. I mean, we all are. The election was stolen from her, and that’s how she feels. But to go out there publicly again and again and talk about it? And then blame the DNC? It’s not helpful to Democrats. It’s not helpful to the country, and I don’t think it’s helpful to her.”

Another referred to her as “the leader of the angry movement.”

“Complaining about an outcome and blaming everyone else is not a good political strategy.”

It’s the absolute worst version of Hillary Clinton. She isn’t running for office so she has zero filter.

“She’s saying the same stuff she would say on a phone call with me.”

She’s truly not helping the party move forward. She’s a living, breathing reminder of their failure and she just can’t stop talking about it.

The best hope for the Democratic party lies in Bernie Sanders… who isn’t even a Democrat.