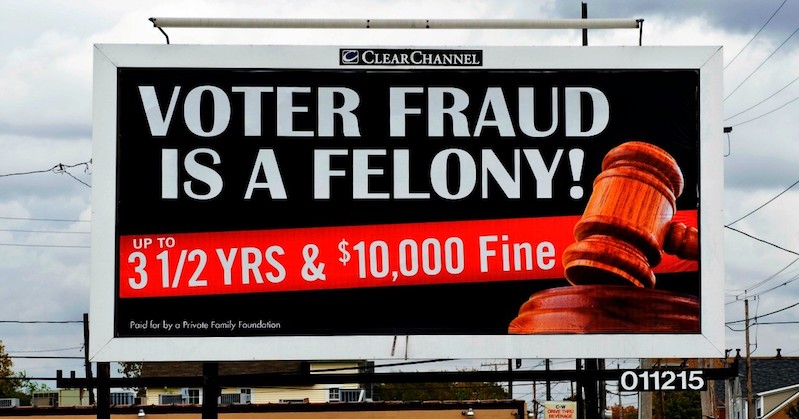 Colorado – swing state Colorado – has been a linchpin for every Presidential victory since 1996. George W. Bush won the state twice when he ran and so did Barack Obama.

Every vote counts in Colorado. That’s why evidence of voter fraud in the Rocky Mountain State is especially troubling.

Colorado Secretary of State Wayne Williams, a Democrat, said that “It is impossible to vote from the grave legally.”

But it’s happening. An investigation by CBS Denver uncovered rampant voter fraud throughout the state.

“We do believe there were several instances of potential vote fraud that occurred.  It shows there is the potential for fraud.  It’s not a perfect system. There are some gaps,” Williams said.

This kind of voter fraud may have been recently uncovered in Colorado, but it’s been going on across the country.

Last year, we reported on 21 states where there were more voters than citizens.

141 counties across the United States have more registered voters than people alive. County election officials in 21 states are officially on notice. The next step will be a lawsuit to get states in compliance.

According to Public Interest Legal Foundation, the numbers break down like this:

And last summer, Project Veritas uncovered just how easy it is to vote s someone else.

In the following video, the Project Veritas journalist claims she is Jocelyn Benson, the Dean of Wayne State University Law School, but that she lost her ID.  The “Poll Supervisor” is quick to reassure Mrs. Benson that as long as she signs the affidavit on the back of the ballot she is free to vote. When the journalist pushes back and insists that she feels an obligation to prove her identity the Poll Supervisor reassures her that “nobody can vote twice” because if the real Jocelyn Benson subsequently comes in she won’t be able to vote “because you already voted.” Perfect logic if we understand it correctly.  So just to clarify, each registered voter only gets one ballot…great, this seems reasonable…but it doesn’t necessarily matter so much who casts that ballot…wait, what?

PV Journalist:  “I feel like I should prove that I am who I am.”

Poll Supervisor:  “Your word is your proof is right here.”

Poll Supervisor:  “Yup.  Because if somebody else comes in and says that they’re you, they can’t because you already voted.  So, you can’t vote twice, nobody can vote twice.  So once you vote, I don’t care who you are.”

PV Journalist:  “You guys are fine with me just voting.”

Poll Supervisor:  “Yup I’m fine.  You’re not the first one that’s left you ID at home.