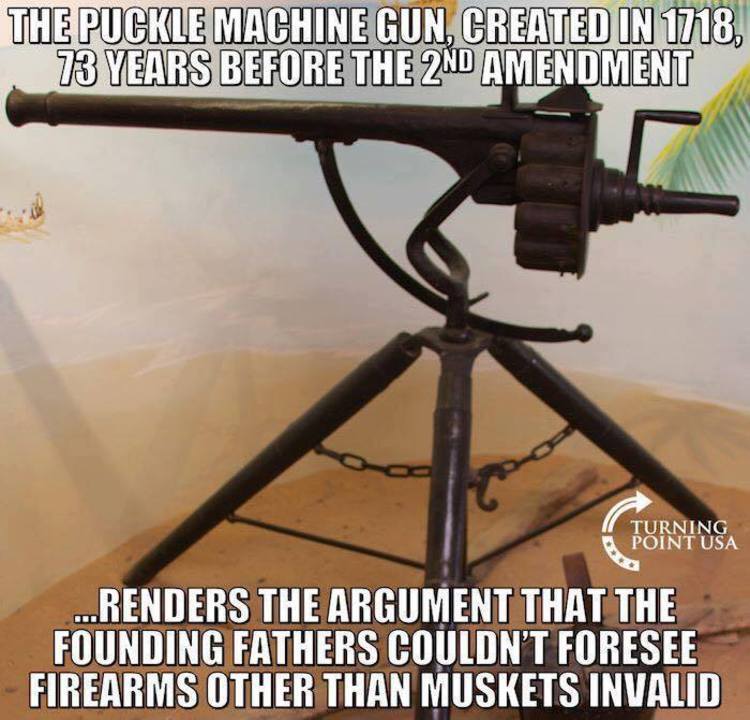 The usual hypocritical Hollyweirdoes came out in support of more gun control for the little people, but one is actually pretty hilarious. Because when Kim Kardashian talked about gun control, she admitted she has her own armed security. From The Daily Wire:

“Friday, June 2, is national gun violence awareness day and i’ll be wearing orange to show my support for stricter gun control laws in the united states,” reads a post from the reality star.

She continues, suggesting we further curb the Second Amendment: “I work with an incredible organization, Everytown, whose mission is to stand in opposition of the NRA’s vision of more guns for more people. … We have imposed restrictions on a number of constitutional rights for the sake of protecting people in this country, including freedom of speech and the right to exercise religious beliefs, so why is the second amendment any different?”

Then she admitted, of course, that all of her security was armed. But of course they are; she can afford armed security. In the real world, 99% of Americans cannot, which is why they choose to protect themselves with their own firearms.

Then Kardashian acknowledges her own armed guards: “After what happened to me in Paris, I know how important it is to be safe and to have armed security. All of my security team is armed,” she writes, though the reality star insists that her armed guards “also support stricter gun control laws and believe that we should restrict access to firearms for people with mental illness, anyone previously convicted of a misdemeanor, those who have been subject to a temporary restraining order and those at a higher risk of committing gun violence.”

This is par for the course with the liberal elite and Hollywood harpies. They don’t even see their own blatant hypocrisy.

And for God’s sake, she wants to deny 2nd Amendment rights to anyone who has committed a misdemeanor? That would probably mean millions of people across the country for committing non-violent crimes, half of which are based on stupid laws that shouldn’t even be on the books anymore.

That’s pretty authoritarian of her, isn’t it? She has her armed security, but all you little peons will have to wait for the police.

These people don’t even realize how irrelevant their voices are in the gun control fight.