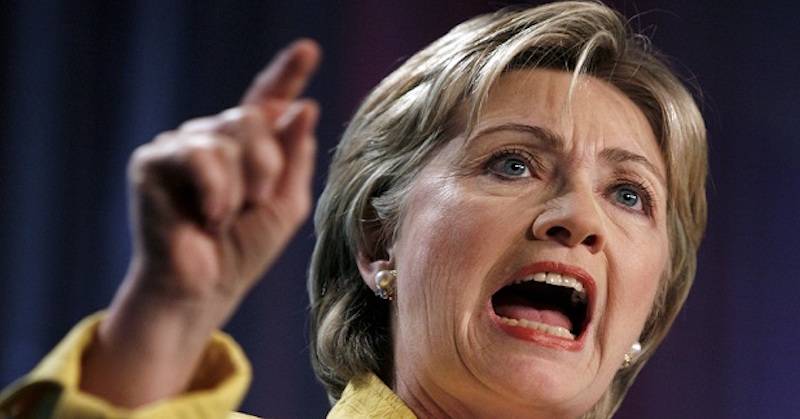 Dan Metcalfe is a registered Democrat and columnist at Law Newz, but even though he has pledged to vote for Hillary Clinton if she becomes the Democrat nominee, he thinks her email scandal has gotten so bad it “might finally take her down.”

Metcalfe is one of the few Democrats with the integrity to affirm that Clinton’s use of a private email server while she was Obama’s Secretary of State is a clear violation of the Federal Records Act, and he is further shocked by the recent Inspector General report that also confirmed Hillary’s violation of our security laws. As far as Metcalfe is concerned, the IG report makes Clinton out to be an abject liar on every single weak excuse she has uttered to defend her use of private email.

Metcalfe lays it out directly in an article posted on May 29:

No, her self-serving email set-up was not “allowed” under the State Department’s rules. No, she was not “permitted” to use a personal email system exclusively as she did. No, what she did was hardly just a matter of her “personal convenience.” No, there is no evidence that any State Department attorney (other than perhaps Secretary Clinton herself) ever gave “legal approval” to any part of her special email system. No, everything she did was not “fully above board” or in compliance with the “letter and spirit of the rules,” far from it. Yes, she was indeed required by the FRA to maintain all official e-mails in an official system for proper review, delineation, and retention upon her departure. Yes, her private server equipment was in fact the subject of multiple attempted intrusion attempts (i.e., hacks), including by foreign nations. The list goes on and on. (Note that this does not even include Ms. Clinton’s many serious “misstatements” about her handling of classified or potentially classified information.)

He was just as stark about his assessment of her guilt:

Now, even the general public is left with the unavoidable conclusion that Ms. Clinton either is ignorant of the law (which too many people know is not so) or else feels blithely untethered to reality in a way that necessarily serves her secretive interests regardless of any truth–the technical legal term for which is “pathological lying,” or perhaps merely “psychosis.” Not a pretty picture for a voter of any stripe at any stage of the electoral process.

So, as far as Metcalfe is concerned, Hillary is 100% guilty. And he should know. He spent over 25 years as Director of the Justice Department’s Office of Information and Privacy and is well versed in the rules.

So, what does this mean for the election? This is where Metcalfe sees a major back room deal in the making, a deal meant to save the Democratic Party as well as get Hillary off the hook.

As Metcalfe sees it, the FBI has promised not to indict Hillary until after the Democratic Party convention. Then, when it hands down its recommendation to indict, Hillary will resign as the Democrat Party nominee and will then hand pick her replacement (likely Joe Biden or maybe John Kerry–anyone to keep Bernie from winning).

The Department of Justice will then either not prosecute her at all or will give her a very cursory and light going-over after which she will serve no jail time.

This is how he sees things working out. This is the grand bargain he thinks Hilary has struck with Obama and the Democrat establishment, and he thinks the tell-tale signs of this deal are all over the place.

“Yes, it could happen,” Metcalfe concludes, “all because Ms. Clinton was unable to envision ever being held to account for her hubris-driven email chicanery. Just as no one could ever envision a possible scenario like this.”

This is some pretty harsh stuff about the criminal Clinton family. And I, for one, can’t say he’s wrong about any of it.