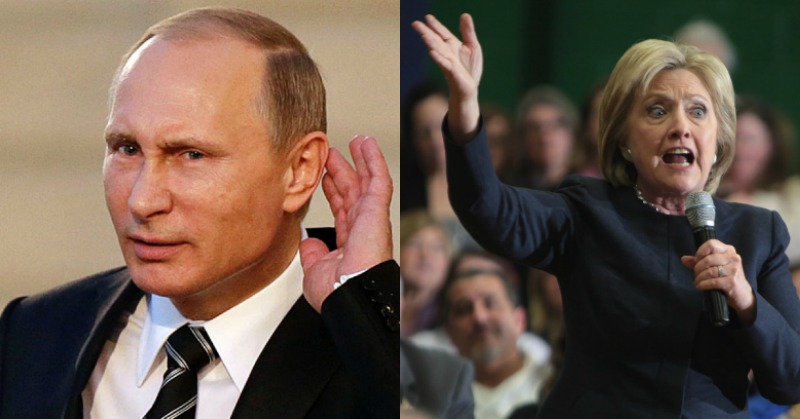 Democrat presidential nominee Hillary Clinton hasn’t let up on the dubious Russia/Trump connection — despite her own substantive connections to Russia such as the Uranium One deal — but as The Intercept pointed out, this is nothing new for the Democrats.

Take a look at this screenshot from a recent Clinton campaign video: 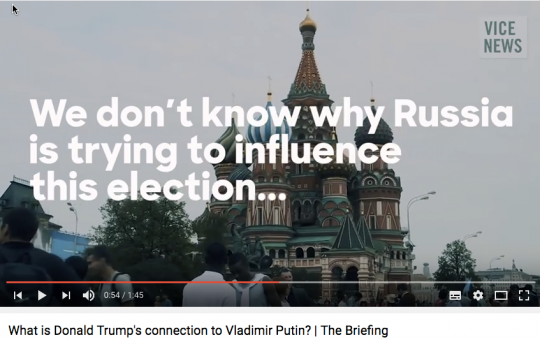 “We don’t know why Russia is trying to influence this election,” the video read. This is such a typical tactic for the left. It doesn’t matter if it’s true. It doesn’t matter if there isn’t any evidence. All that matters is that they get it out there and in the minds of low-information voters.

Let’s just go with the premise that Russia is trying to influence the election in favor of Trump. Could it possibly be that they would rather not have World War III under a Clinton administration and that they don’t want the globalist garbage she’s peddling? That would certainly make sense and, frankly, in this case most rational people would side with the Russians over grandma.

As the Intercept noted, the left is using Russia to smear others that get in their way as well. When the Democrat National Committee emails were leaked by WikiLeaks, the left claimed that WikiLeaks was connected to the Kremlin.

The Washington Post, however, noted that an intelligence official said that “the intelligence community…has not reached a conclusion about who passed the emails to WikiLeaks” and “We have not drawn any evidentiary connection to any Russian intelligence service and WikiLeaks — none.”

Then there was the Democrats’ smear of Sen. Bernie Sanders, who ended up being a far more formidable opponent than they likely expected, as allegedly having Russian connections. The Intercept reported:

In January, Clinton’s Senate ally Claire McCaskill went to The New York Times to warn of ads “with a hammer and sickle” if Democrats nominate Sanders (smearing opponents by pretending to be concerned about how they’ll be attacked by the GOP is a Clinton specialty: it’s how her 2008 campaign justified inflaming the Obama-is-a-Muslim falsehood by being the first to circulate the now-infamous picture of Obama in Muslim garb while in Indonesia)

During a CNN debate, Anderson Cooper began a question to him this way: “You honeymooned in the Soviet Union.”

Even some establishment Demopublicans got in on it:

Then the Russian boogeyman was set upon Green Party candidate Jill Stein as the Dems twisted her words to fit their agenda.

Despite the fact that President Obama has been very soft on Russia, the Democrats have co-opted the cold war barbs of the right — some of which were leveled at none other than former President Ronald Reagan.

Fortunately for the left, their followers probably aren’t too familiar with history or logic, which is why they can get away with this crap.