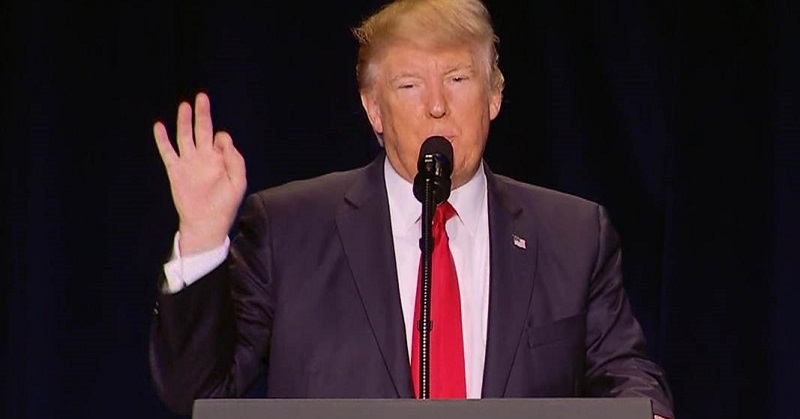 Because human beings are nothing but political props to leftists, Democrats are planning to fill the House chamber with illegal immigrant students for President Donald Trump’s speech to a joint session of Congress Tuesday night.

So far, more than a half-dozen House and Senate Democrats have promised to bring children who are being temporarily shielded from deportation under Obama’s Deferred Action for Childhood Arrivals act, or DACA.

So far, Trump has made no move to eliminate the program, and has even expressed sympathy with their plight. But still, Democrats can’t resist an opportunity to grandstand with human props, The Hill is reporting.

Illinois Sen. Dick Durbin’s guest is an illegal immigrant who is a medical student. Aaima Sayed immigrated to Pakistan when she was 3 years old. Rep. Ami Bera, a California Democrat, is bringing Alfredo Rivas, a 25-year-old student who came from El Salvador when he was 13.

“When people ask me where I’m from, I say ‘California’ but I have worried every day since the election that my family or I could get deported at any time,” Rivas said in a statement.

Guests sitting in the House chamber’s visitor gallery will be positioned high above the floor where Trump will be speaking and members of Congress will be sitting, along with Trump’s Cabinet and Supreme Court justices. But Democrats are hoping their guests will help make a point to Trump.

“The next time the president talks about undocumented immigrants, I want him to think about this bright young man and others like him,” Bera said.

Lawmakers are still announcing their official guests, so it’s almost certain that many other illegal immigrants will be in the audience.

The guest of Rep. Mark Pocan (D-Wis.), a student at Edgewood College named Lupe Salmeron, immigrated to Wisconsin from Mexico in 2005 and is also hoping to become an immigration lawyer.

Two Arizona Democrats, Reps. Ruben Gallego and Raúl Grijalva, are hosting the two children of Guadalupe García de Rayos, an undocumented immigrant who was deported to Mexico earlier this month. Both are American citizens, but their mother was among the first immigrants to be sent out of the U.S. after Trump signed an executive order expanding the types of people who should be prioritized for deportation.