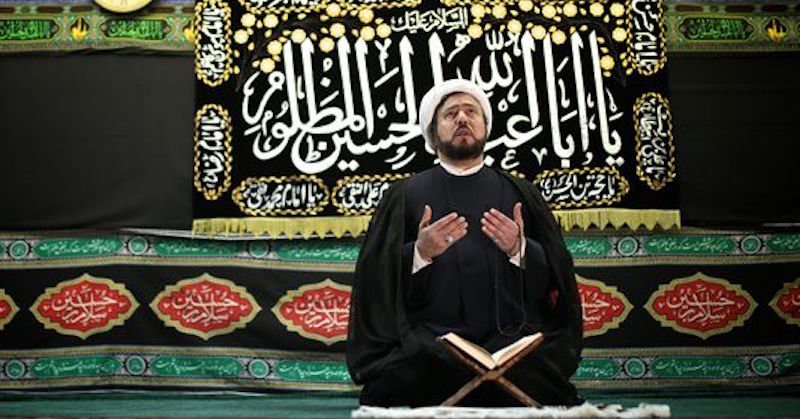 The liberal media is apoplectic over White America and Donald Trump.

Trump’s a racist, Republicans are Islamophobes and the entire country is a wellspring of bigotry and hatred.

So to prove this point, The Detroit Free Press ran a front-page editorial (right above a story about a robot butler, FrontPageMag points out) condemning Donald Trump, his followers and anyone concerned about Radical Islam and terrorism. 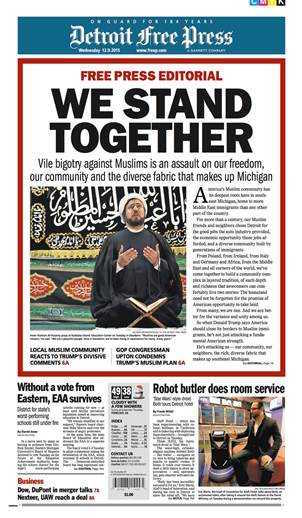 One huge problem: Their photo accompanying the article is of a known terrorist sympathizer.

Is there a worse picture to put with this story? Maybe bin Laden?

Imam Husham Al-Husayni tells his fellow Muslims to “get ready for holy jihad.” He has refused to denounce the terrorist group Hezbollah and celebrates the murder of Jews.

Not exactly the kind of person you want as a poster child for tolerance.

Here’s some of the DFP’s bloviating:

Americans who support the real estate magnate turned reality television star turned ersatz politician either bestow approval on the candidate precisely because of his disdain for immigrants, Hispanics and Muslims — or because it just doesn’t bother them that much.

“Muslim Americans are our friends and our neighbors, our coworkers, our sports heroes — and, yes, they are our men and women in uniform who are willing to die in defense of our country. We have to remember that.”

We stand with America.

Mr. Trump, with whom do you stand?

I’m not standing anywhere near there.