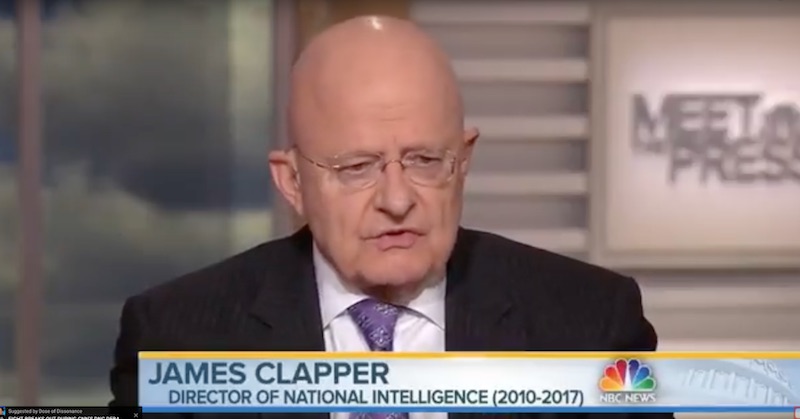 This is getting interesting.

President Donald Trump has leveled an official accusation that the Obama Administration wiretapped his offices in The Trump Tower prior to the election.

Terrible! Just found out that Obama had my "wires tapped" in Trump Tower just before the victory. Nothing found. This is McCarthyism!

And in an official press release issued by the White House.

In part, the release reads: “President Donald J. Trump is requesting that as part of their investigation into Russian activity, the congressional intelligence committees exercise their oversight authority to determine whether executive branch investigative powers were abused in 2016.”

Speaking on Meet The Press, Senate Minority Leader Chuck Schumer said that there were only two scenarios that could play out based on Trump’s accusations:

One – that any wiretapping of Trump’s offices was done legally via the secret FISA court and that a judge must have found reasonable cause to sign off on the warrant, or…

Two –that Trump is lying and that his accusations amount to one of the most disgusting and baseless acts a president can commit – accusing another president of a crime.

Shortly after Schumer appeared, former Director of National Intelligence James Clapper appeared on the show and said that he knows of no wiretap activity against Donald Trump.

“There was no such wiretap activity mounted against the president elect at the time as a candidate or against his campaign,” he said. He added that he would “absolutely” be informed if the FBI sought or received such a warrant or wiretap – so it didn’t happen. “I can deny it,” he said. Here’s the video:

So this means one of two things: Either President Donald Trump is lying – he is making scurrilous accusations against a former president for political gain;

Or – President Obama ordered the wiretapping of the Trump campaign headquarters without the knowledge of the nation’s intelligence community.

If either scenario is true, one of our presidents has a lot to answer for.

And one of them might be answering before a court.