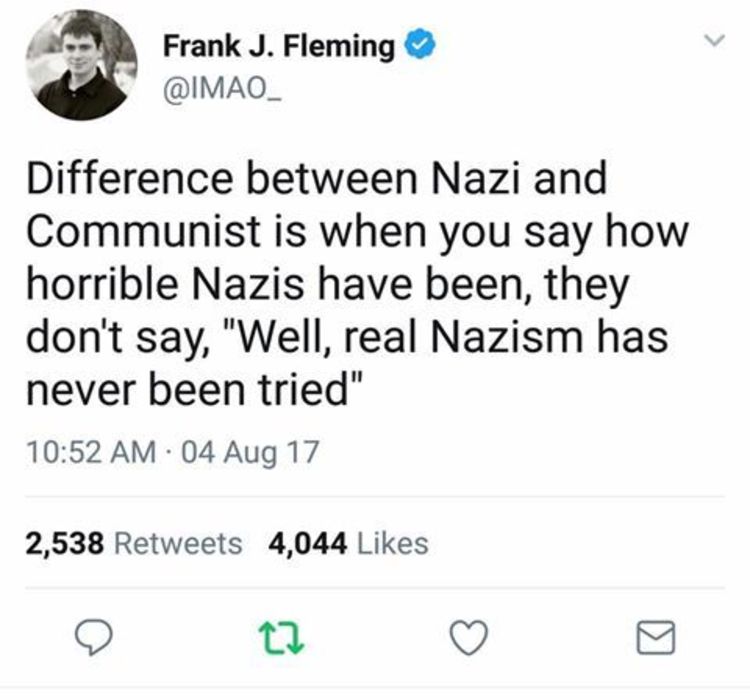 Brian Thomas reports that a ridiculously misinformed group of liberals at KA Design is marketing T-shirts with swastikas as a design for “peace.”

Apparently, trigger warnings and avoiding offense don’t fit into liberal ideologies when there’s money to be made.

Anyone wearing this shirt is going to disgust many people out of some misplaced sense of “peace.” 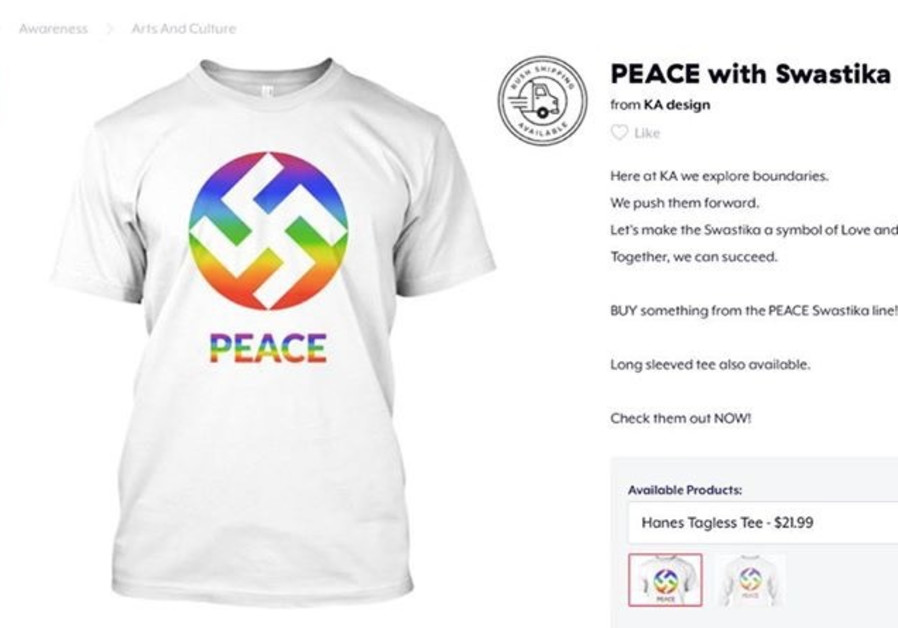 “Here at KA we explore boundaries. We push them forward,” the company writes in the description for the shirts. “Let’s make the swastika a symbol of Love and Peace. Together, we can succeed.”

So “exploring boundaries,” in this context means wearing a symbol of Nazism and pretending that it’s okay.

The movement to “reclaim” the swastika has become increasingly popular in recent years, but reclaiming a symbol of hate as a symbol of love is not a welcome idea for many people.

Not surprisingly, the campaign caused outrage among the Jewish community. “I believe that a symbol that was once something else, but which the Nazi’s took hostage, cannot just be washed clean,” said Finn Schwarz, president of the Jewish Congregation of Copenhagen. Jonathan Arkush, vice president of the Board of Deputies of British Jews, told Sky.com that turning the swastika into a fashion symbol will “trivialize the Holocaust and give succor to neo-Nazi sympathizers.”

KA Designs promotes the argument that the Nazis hijacked the ancient Hindu and Buddhist swastika, rotated it, and turned a symbol for peace into one of hatred.

Before being used by Hitler’s German Nazi regime, swastikas were commonly known as an ancient sign used by Hindus and Buddhists carrying positive associations such as auspiciousness and good fortune. KA Designs is attempting to relate the now negative sign to its origins.

The company even made a promotional video claiming that the Nazis “took the swastika, rotated it 45 degrees, and turned it into a symbol of hatred, fear, war, racism, power.”

However, the idea that Nazis hijacked the eastern swastika and changed its meaning is just false.

The Nazis did not take the Hindu swastika and “rotate it 45 degrees.”

The Nazis chose their swastika based on an already prevalent use of similar symbols in Germanic culture, basing their admiration for the symbol on the writings of the nineteenth century racialist and anti-Semite, Émile-Louis Burnouf, who believed it to be an ancient symbol of the Aryan race based on discoveries in ancient Europian ruins.

The Germanic peoples were carving the swastika onto rocks as far back as the Bronze Age, before most other Germanic symbols, including the runes, had yet appeared.

[…] Given the prominence of the swastika in ancient Germanic society and spirituality, these groups often adopted it as a favored symbol. It thereby came to be a well-known motif in early twentieth century German culture, where it was associated with ethnic nationalism.

[…] Hitler explained the symbolism of the various components of the National Socialists’ flag in Mein Kampf, he wrote, “we see… in the swastika the mission of the struggle for the victory of the Aryan man.”

The Nazis certainly weren’t the first Germanic nationalists to use the symbol, either.

The völkisch nationalist movements and the Thule Society used swastikas as a symbol for nationalism and racist ideologies long before the Nazis.

In the beginning of the twentieth century, the swastika was a common symbol of German nationalism and could be found in a multitude of places such as the emblem for the Wandervogel, a German youth movement; on Joerg Lanz von Liebenfels’ antisemitic periodical Ostara; on various Freikorps units; and as an emblem of the Thule Society.

“Reclaiming” the swastika from the Nazis is an offensive and needless attempt to “explore boundaries.” It’s also based on the entirely false premise that the Nazi swastika (clearly recognizable in at least one of KA’s shirts as a right-facing swastika at an angle inside a circle) was hijacked from eastern predecessors of peace.

But you don’t need a history lesson to know this is a bad idea.