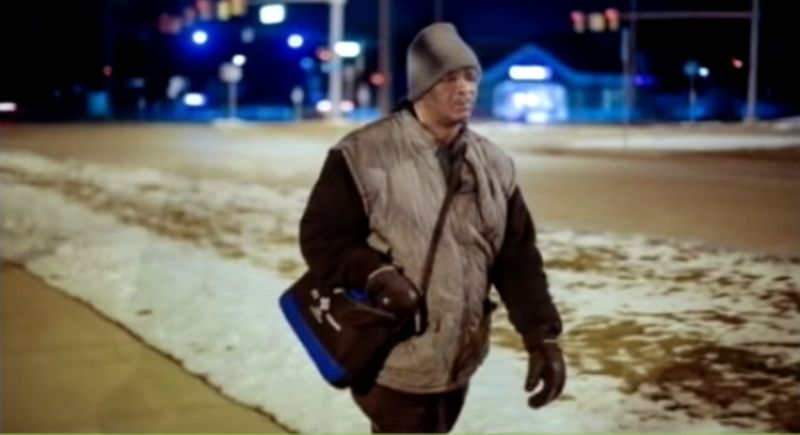 James Robertson was thrust in the spotlight a couple of weeks ago when the media caught wind of his over 20 mile round trip walk to work his factory job every day with a perfect attendance record. We now learn what has happened to Robertson after the amazing generosity of so many and the faded media attention and it is heartbreaking.

The story of this humble Detroit man spawned a social media frenzy resulting in donations from across the country and a local Ford dealership giving him a brand new car.

Recently, Detroit journalist Charlie LeDuff caught up with Robertson and learned the disturbing truth of what has happened since he received all the attention, a lot of money and a new car.

Robertson’s new found fame has brought the bottom feeders out of the woodwork. Some of his “friends” and neighbors, upon learning of his good fortune, started hitting him up for money and asking to drive his new car bridging the point of harassment.

The police began driving by to check on his place and car regularly.

One officer who helped Robertson said, “I think it’s the right thing to do with the attention given… I think that we want to make sure that he gets as much attention from us as he did get from the community around him.”

The mooching has become so bad that Robertson has been forced to move to a secret location.

Here is a humble, quiet man who persevered through his hardship, exemplifying an amazing work ethic, and not taking handouts. He is a model citizen who became an instant “hero” that folks just naturally wanted to honor and help. The media ate it up and the publicity brought forth a bounty. It seems like the happily ever after ending.

Sadly, there are no real happily ever after endings in our society where giving a helping hand to one who personifies “hero” breeds hands out by everyone, even the most undeserving. Our government and the progressive left-wing loons have created a culture of entitlement where no one is allowed more than another no matter the circumstances. It is disgusting. What do you think?