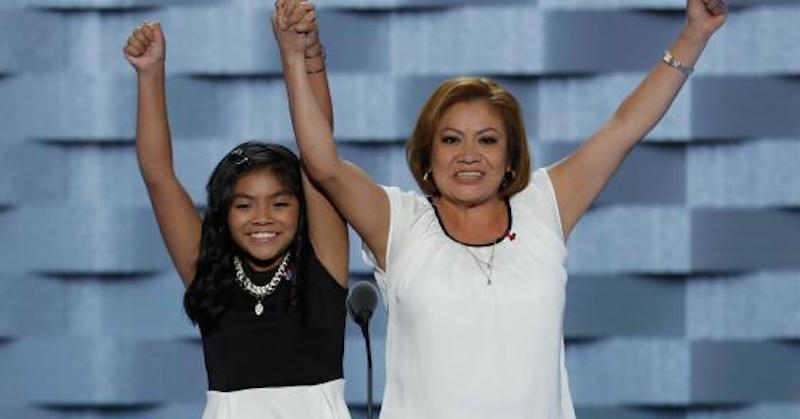 In their bizarre showcase of illegal aliens on the first day of their convention, Democrats not only shamelessly used a little girl for crass political reasons, they also managed to break federal immigration law – twice.

Karla Ortiz has appeared on television and in commercials telling Hillary Clinton how scared she is that her illegal immigrant mom will be deported. In the ad – and again Monday night – we hear that Hillary told her that she would do the worrying for Karla. Aww.

Karla then appeared Monday night on stage at the Democratic National Convention with her illegal-immigrant mother, Francesca.

In addition being a disgusting display of political pandering, this is also a violation of 8 U.S. Code § 1324.

The law makes it a felony to “conceal” or “harbor” any “alien” “including any means of transportation.” The penalty is five years in prison (ten years if it was done for “commercial advantage or private financial gain,” and an argument could be made for that).

In a video, Karla tells Clinton that her mother received a deportation order – which the Democratic National Committee is clearly ignoring.

After the mother-daughter act, another illegal alien took to the stage. Astrid Silva said: “I came to America illegally with my mother when I was four years old. We crossed the river on a raft.” 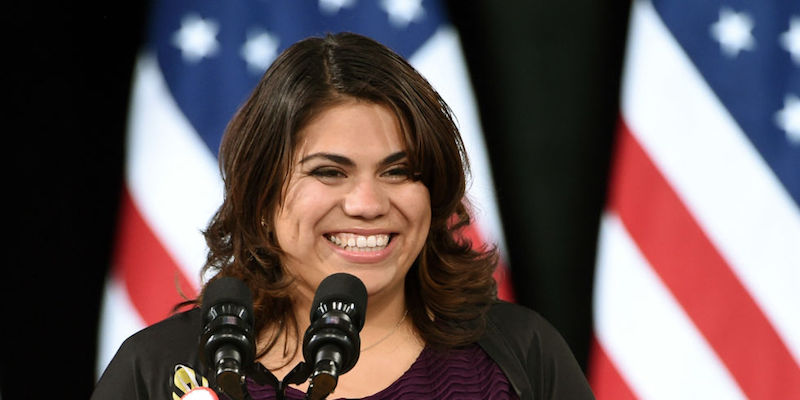 So there are at least two admitted illegal aliens who the Democrats are “harboring” and – unless they’re paying for their transportation to Philadelphia by themselves, which is doubtful, “transporting” as well.

So who’s going to go after Hillary and the Democrats for breaking federal law again?

Once again, they’ll get away with it – because they can.