Seriously, the Democrats have gone so far into the deep end of the leftist pool it’s hard to recognize them anymore: 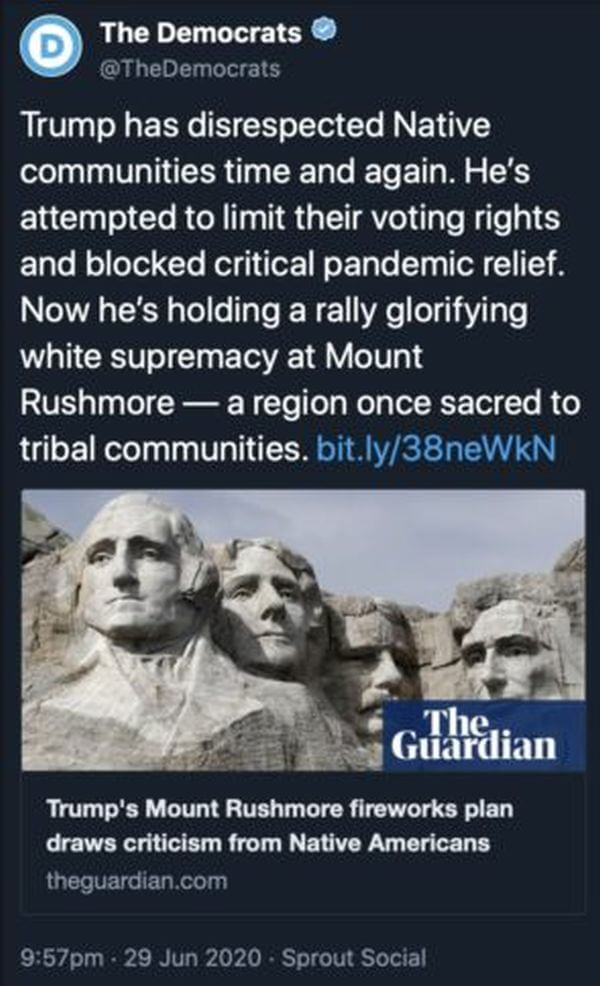 We had to include a screenshot of this fantastic tweet because the folks at the DNC already deleted it after taking a lot of flak for it.

So after their BLM / Antifa buddies and allies go after statues and monuments they’ve basically declared open season on Mount Rushmore. 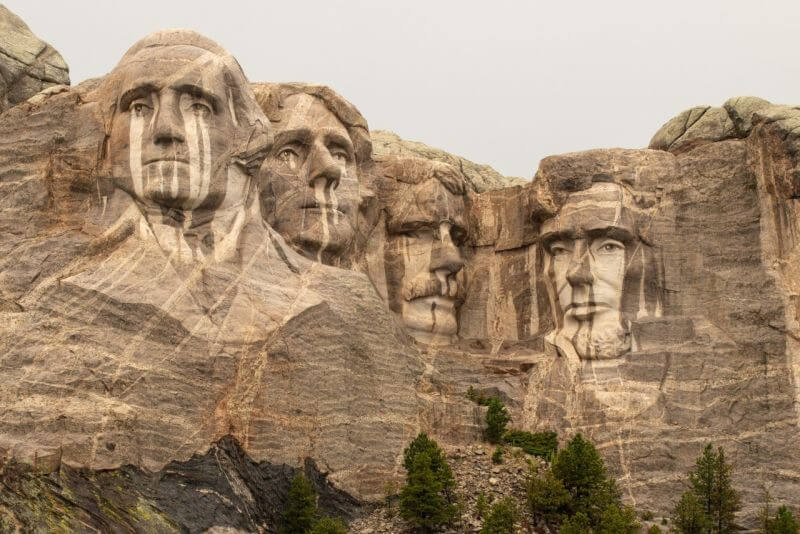 To Democrats EVERYTHING is about white supremacy and race hustling.

Biden’s going to end up running on a platform of dismantling the Washington, Lincoln, and Jefferson Memorials, isn’t he? https://t.co/ITV0Uqsnef

Biden is running on a platform of dismantling American freedoms.

The Democrats think Mt Rushmore is a display of white supremacy.

There’s no saving this country if Biden gets elected.

Sadly, if Biden wins and the far left takes control, there will be no saving this country. The great American experiment in freedom will have ended, and ended poorly.

The Democratic Party’s plan to run on a “Mount Rushmore is racist” platform was truly innovative. pic.twitter.com/HA0uxwKWUO

To Democrats everything is about race.

Democrats have morphed from a political party into a terrorist group that wants to destroy everything special about America.

Sadly because the Republicans are generally such wimps who won’t fight back, with the exception of the President and a few others, the Democrats may very well succeed.