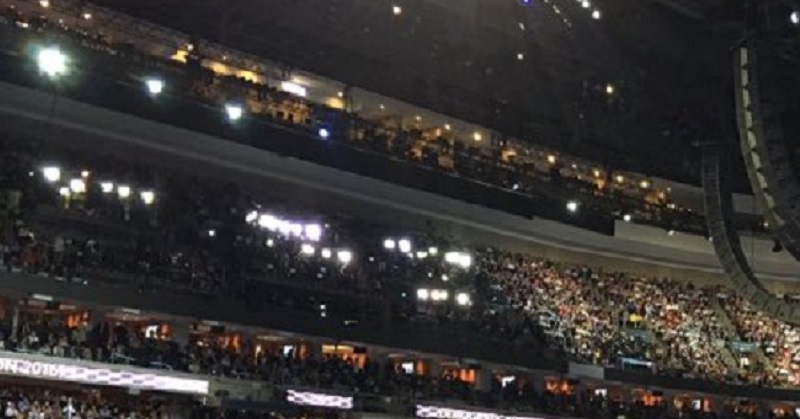 If you’re going to try to pretend you have a unified party at a national convention, it’s important to downplay any dissent and curtail any protest.

If that doesn’t work, you fence them out – keeping them from ever setting foot inside the convention.

But what if they make it inside? Your options are limited. So when Bernie Sanders supporters begin heckling the speakers, chanting and railing against the Democratic establishment, what can you do to keep them from making it on prime time television?

You can turn out the lights.

And so that’s exactly what they did.

As the Washington State delegation began to protest, the DNC had the lights shut out on them. Here’s what the area looked like:

Here’s another view, from the darkened area:

Undeterred, delegates used their cellphone lights when the overhead lights were turned off.

Some delegates using their phones as lights. Overheard lights were turned off during protest chants #DemConvention pic.twitter.com/soPK6no8Mk

The leftist media will never report this. You’ll never hear George Stephanopoulos ask Donna Brazile or Hillary Clinton about it. But that’s how the Democrats operate. Silence dissent, shut down debate, and turn out the lights to hide it all.