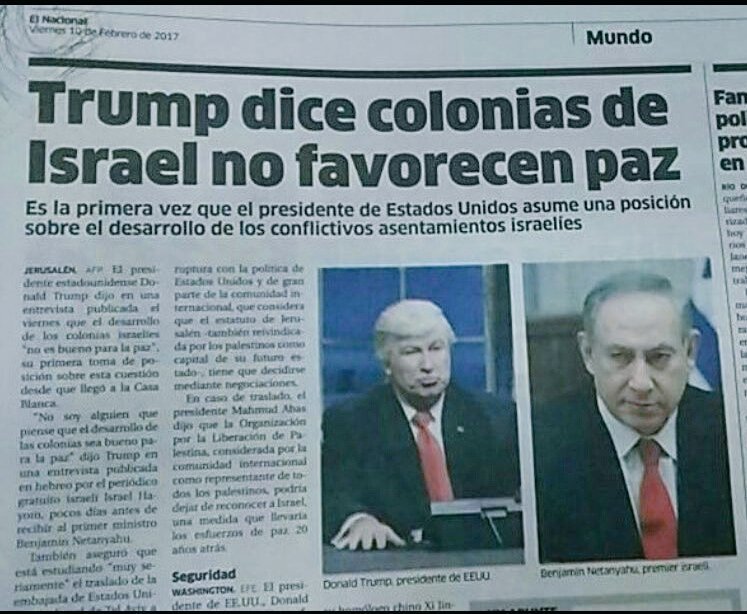 Do you see anything wrong with the above picture? Apparently the editors of El Nacional, a Dominican newspaper, didn’t, and went ahead with publishing.

The title of the article reads “Trump says colonies of Israel do not favor peace,” and is adorned with photos of “President Donald Trump” and Benjamin Netanyahu.

Whether this mistake was intentional or accidental, Twitter users wasted no time in treating like an absolute joke.

@craigmelvin @AlecBaldwin is so good at doing Trump @ElNacional_RD used his picture instead of the latter.

In the last 8 years, we’ve seen a lot of things that are quite bizarre, almost to the point of disbelief. This, however, is something you would fully expect from The Onion.

I, for one, am sincerely hoping that this is a joke.

If it’s not, I can see CNN using it as a “verified source” in future reports.