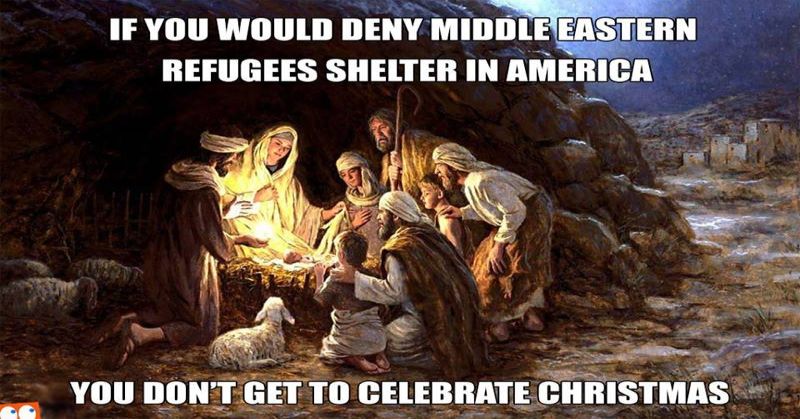 As if the left really needs a reason to continue decades of Christian shaming and Christmas bashing, here’s a mind-numbingly uninformed meme made by someone who proves any idiot can generate an internet meme.

You don’t get to celebrate Christmas! That is, if you don’t know jack about Christmas and think Muslim refugees have something to do with the story.

Yes, it’s very analogous except for the fact that it’s completely wrong on every level. Mary and Joseph were not refugees. They came to Bethlehem for the census because that’s where they were born. I’ve never heard of a refugee fleeing to his hometown for a census.

Walsh also reminds us that the Holy Family did later flee to Egypt in order to flee infanticide:

Why did Mary and Joseph flee, exactly? Well, as I said, because there was going to be a wholesale slaughter of infants.

Hmmmm… I wonder where we can find something analogous to the systematic mass murder of babies? Oh, I have an idea: check your local Planned Parenthood. Mary and Joseph had to leave their hometown so that the Christ child would not be a victim of an ancient form of abortion.

If we’re going to use the early life of Jesus to make an political points, then, I think the point is that you shouldn’t kill babies because you may be killing Christ. In fact, you are killing Christ every time you kill a baby, because Christ resides in all children.

So no, Mary and Joseph weren’t refugees, and they weren’t denied shelter at an inn for any other reason than census crowding.

Sadly, this isn’t just one stupid person with one stupid thought to be laughed off. There are plenty of memes that try to make this point. 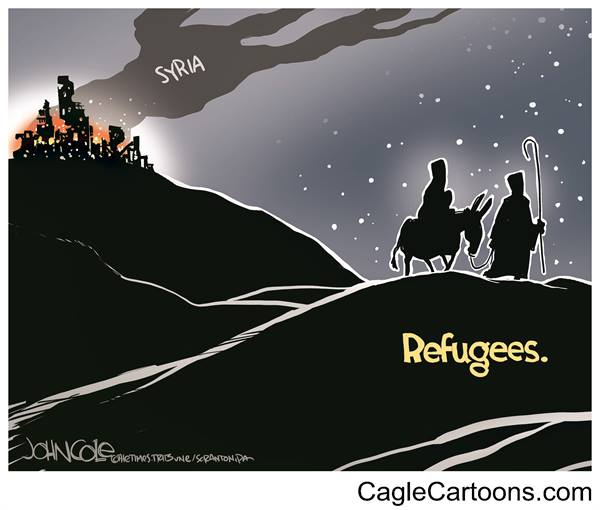 It probably makes sense to the people who posted them. Refugees move. Mary and Joseph moved. That’s all this meme really knows. Obviously, they’re not going to do any further thinking, because that would indicate that they’re not always right about every idiotic notion that pops into their heads.

Self-righteousness is part of who they are as progressive Facebook social justice warriors. The important thing here is that the argument, as ignorant of Christianity as it may be, is against Christmas, so it must be right.

No, the Holy Family wasn’t refugees just because they did some walking. Refugees don’t return to the place of their birth, which they already have legal access to, in order to take part in a census.

If you don’t know the Christmas story, that’s fine. Just don’t pretend that you do.