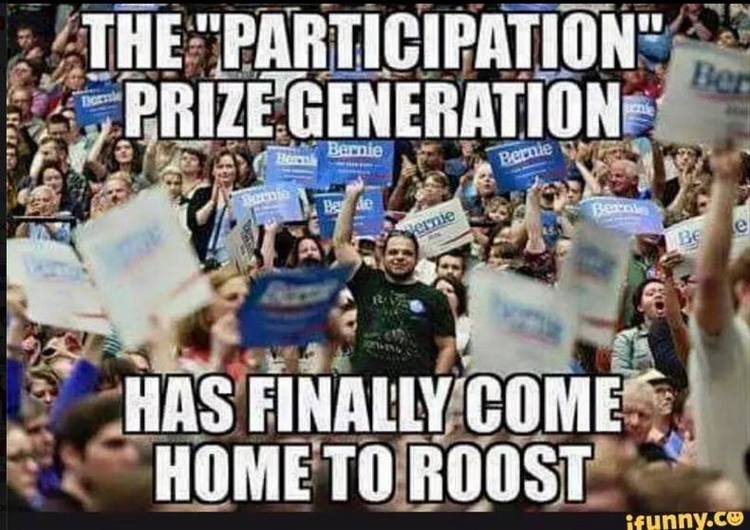 Anybody watching can pinpoint Sanders’s millennial appeal, no Ph.D. in voter psychology required. It’s not his youth, hipness or dynamic personality that’s attracting youngsters like a millennial-magnet. It’s his socialism. Socialism may be a bad word among square, non-university-professor Americans, but Sanders and his millennial followers will bend your ear all day long about the fact that you just don’t understand what socialism is.

Simple. Socialism is an economic system in which there are no money worries so everyone does what they are best suited for (except entrepreneurs, of course).

Capitalism is insensitive, and the free market is a bully designed to rob people of their uniqueness. If you want to be an actor, your bank account might quickly inform you that you are no Brad Pitt. If you feel destined to be a great American novelist, the power company has no qualms about turning the lights out on your dreams. Socialism loves you and thinks you’re talented.

Millennial culture is all about big rewards for minimal effort: participation trophies of the mind. Every week it seems some new superhero movie breaks the box office record set by last week’s superhero movie.

What’s the appeal? Superheroes do great things and are widely admired, though rarely have they done anything to earn that admiration. They get bit by a spider or have some genetic mutation: big rewards easily achieved.

Instant success sans much hard work — that’s the millennial zeitgeist in one byte.

In the real world, the road to real success is a boring one with no joysticks, less stimulating graphics, and loads of hard work.

That leaves a person with two choices: become a hard worker or transform America to reward apathy.

Sanders represents the latter. He points at socialist countries in Europe — not Greece, but the ones that haven’t crashed and burned yet — and says, “See! Look how great it works there.”

It’s lame to be patriotic and xenophobic to call America exceptional, but here’s a simple truth: American capitalism is what has allowed those countries to live under highly socialist economic systems with no downgrade in their quality of life. They can afford to tax their entrepreneurs out of existence because American entrepreneurs pick up the slack.

The millennials who support Sanders were born in a great country full of endless opportunities. They engage in the consumption side of capitalism on a mass scale. Their hands are never empty of the latest mobile device. They enjoy the comforts provided by American capitalism without an ounce of thought or respect for the system that created all those comforts.

Sanders thinks we should be more like Denmark, but there’s a reason Denmark’s flag isn’t on the moon.