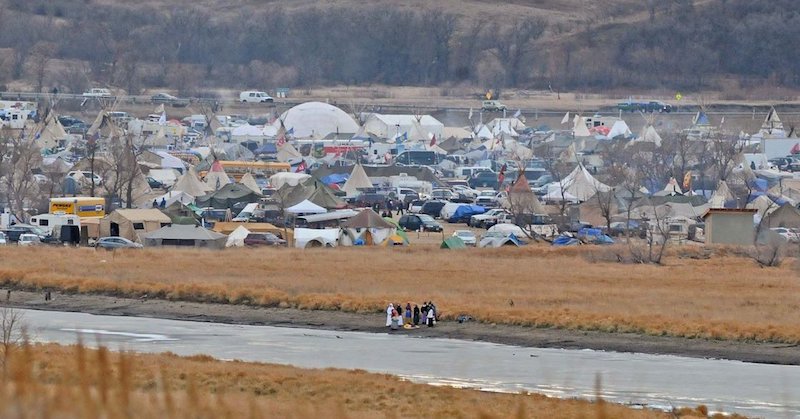 The environmental activists protesting the Dakota Access Pipeline have created such an “ecological disaster” at their protest camp that the North Dakota governor has ordered an emergency evacuation.

When thousands of protesters gathered at the Oceti Sakowin camp to protest the pipeline left in December, they left behind enough trash to fill up 2,500 pickup trucks, LifeZette is reporting.

The activists were there for months, first arriving in April to protest the pipeline’s construction. Their objection that a peak or spill could contaminate nearby waterways. But it appears their own protests have jeopardized the environment far more than any pipeline.

“With the amount of people that have been out there and the amount of estimated waste and trash out there, there is a good chance it will end up in the river if it is not cleaned up,” U.S. Army Corps of Engineers spokesman Capt. Ryan Hignight told the Spokesman Review. Garbage ranges from trash to building debris to human waste, according to Morton County Emergency Manager Tom Doering. There are also hundreds of abandoned cars at the site.

“There are roughly 200 vehicles down there at last count, ranging from cars and pickups to rental trucks,” George Kuntz, vice president of the North Dakota Towing Association, said in an interview with Western Wire.

“We’re going to have a very drastic situation trying to keep these vehicles from getting into the river — what everybody’s been trying to protect from Day One,” he said. 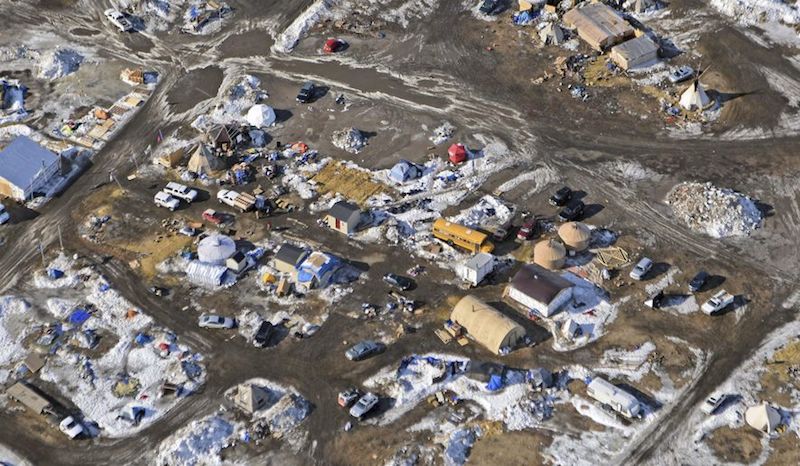 Kuntz said he’s disappointed at the way environmental activists treated the land during the protest. “How do you just totally destroy something? How do you not care about something that you are here saying that you care about?” he said. Most of the damage was caused by “out-of-state people,” Kuntz said, referring to protestors recruited by national activist groups.

The sheer hypocrisy of all this is breathtaking. Thousands of activists – most from out of state, many who are professional “agitators” with criminal records descend on the site of a proposed pipeline to protest the environmental damage a pipeline can cause, leaving behind garbage, filth and human waste so bad it threatens to create an “ecological disaster.”

People who live in the area are begging these out-of-state protesters to return and pick up their abandoned cars and clean up their garbage before the snowpack melts and the rivers are contaminated.

But don’t expect anyone to come back. They’re on to the next staged protest to cause as much damage and disruption as possible.