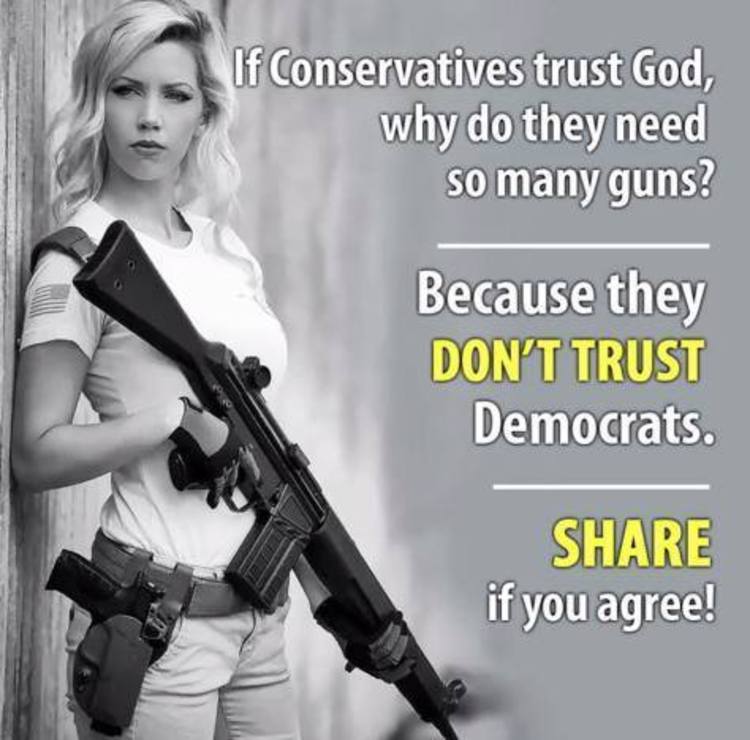 Kimberly Morin reports if you actually take the time to read the post by the left wing brainiacs over at Slate, you will unfortunately be dumber for it but it’s worth seeing just how insane these lunatics actually are when it comes to gun control.

You see, the crackpots at Slate want to be sure and label gun violence as an epidemic. They seem to believe GUNS actually kill people rather than people committing the crimes of violence. Criminals who use all sorts of weapons, including hands and fists to murder others.

They also don’t take into account that there are an estimated 90 million gun owners in the United States. If gun violence was an epidemic, it would actually REGISTER on the radar.

Of the 90 million+ law-abiding gun owners, the number of homicides comparatively is around 10,000. That isn’t even a statistical blip on ANY RADAR and it isn’t law-abiding citizens who are committing the crimes.

Just take a look for yourself what Slate had to say:

Of course, guns are not microbes, and it might be stretching the metaphor to call them “contagious” like influenza or tuberculosis. But gun violence certainly has a mortality and injury rate that puts it up there with big-league public health issues that pique epidemiologists’ interest. Each day in the United States, guns kill 92 people and injure another 224. (For comparison with an infectious disease, about 137 American die of pneumonia every day).

The most common contagion model used for gun violence is location. The neighborhoods in cities that are the most socially and economically disadvantaged have the highest rates of gun violence. This would be akin to the lake that’s breeding mosquitoes, and everyone in the vicinity is equally susceptible to getting bitten.

We can actually agree with them on “location.” It seems that areas (Chicago, D.C.) with the strictest gun control, high poverty and high crime, indeed experience a higher rate of actual violence (not just violence when it comes to firearms).

Slate then makes the mistake of referring to a recent study by the Journal of American Medicine who also seeks to push more gun control and talks about gun violence as an epidemic. The reality about epidemics is JAMA seems to be ignoring that between 200,000 and 400,000 men, women and children DIE due to medical malpractice EVERY YEAR. THAT is an actual epidemic that needs to be addressed:

While exact numbers are elusive, a new analysis and estimate portrays an even grimmer picture. The new paper finds that as many as 250,000 people die each year from errors in hospitals and other health care facilities. That would make it the third leading cause of death in the U.S., ahead of respiratory disease, accidents and even stroke.

Of course, ignoring reality is what the left does best. They haven’t even figured out what an actual epidemic is, and want to push “gun violence” as one in order to step up more gun control, as if that EVERY SOLVED any violence issues.

As more and more states ease restrictions on gun ownership, it seems the left is getting even shriller to push gun control even harder. What they haven’t grasped yet is that they are part of the reason so many are fighting TO RECLAIM their 2nd Amendment Rights.