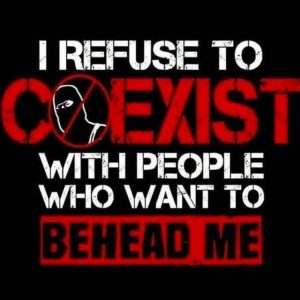 Robert Gehl writes that since the Muslim holy month of Ramadan began, there have been at least three terrorist attacks killing almost 150 people in Afghanistan and the United Kingdom.

Ramadan is supposed to be a month of “peace” and “prayers,” but clearly, radical Islamic extremism wants to have nothing to do with it.

In fact, it’s not unusual for ISIS and other terrorist groups to use the month to launch bloody attacks on civilians – and this year is no different.

Back in 2015, hen-ISIS spokesman Abu Muhammad al-Adnani called for attacks to commemorate the holy month.

Three days later, a Shia mosque in Kuwait was hit by an ISIS suicide bomb that killed 26 Muslim worshippers. Later that same day, a tourist resort near the city of Sousse in Tunisia came under fire, with the attacker killing 38 people and injuring dozens more.

On May 21, 2016, about two weeks before the start of Ramadan, Adnani made another speech. “Get prepared, be ready,” he said, “to make it a month of calamity everywhere for nonbelievers.” He argued that the targeting of civilians in the West was not only permissible, but desirable, and that as long as coalition forces were at war with ISIS there were no “innocents.”

On June 12, U.S. citizen Omar Mateen opened fire in a nightclub in Orlando, killing 49 people. On June 27, eight suspected ISIS suicide bombers launched several waves of attacks on a Christian village in northeast Lebanon. A day later, more than 40 people were killed during an attack on Ataturk airport in Turkey.

Three days later, more than 20 people were brutally killed at a café in Bangladesh. The next day, almost 300 people died when a large truck bomb exploded in Baghdad. As Ramadan came to a close on July 4, four suicide attacks hit three locations across Saudi Arabia, including one in the holy city of Medina.

In addition to the Manchester and London attacks, so far in 2017, there were twin suicide bombings in Baghdad an Afghanistan. he Baghdad bombings targeted both an ice cream shop and elderly pension distribution center. The ice cream shop was frequented by families with small children and killed 10. The first bombing killed 12, and nearly 100 were injured between the two blasts, The Daily Caller reports.

The Afghanistan bombing killed nearly 100 people and injured hundreds more as a vehicle destroyed parts of the German embassy.