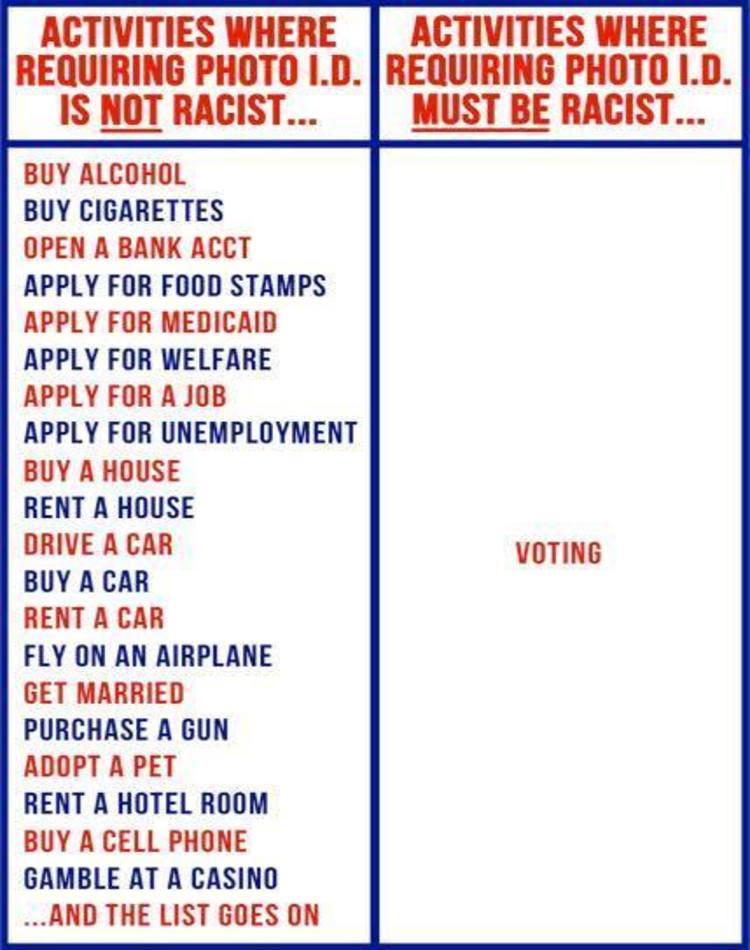 Calvin Freiburger reports somebody is trying to hack America’s elections all right, but it’s not Russia.

For years, voter fraud has been a major scourge of our democracy, from double-voting and illegal aliens voting to even votes cast in the name of dead people who remain on the voter rolls. Yet Democrats hysterically demonize simple election integrity measures such as voter ID (sometimes inadvertently peddling racism in the process). Three guesses why, and the first two don’t count.

One of President Donald Trump’s most under-appreciated initiatives has been a comprehensive investigation of voter fraud in all fifty states. It’s now underway, and the Left is none too pleased. However, because their objections are so utterly bankrupt, there’s a pretty big problem with their latest talking point.

At the Washington Examiner, Byron York explains that as part of the presidential commission investigating the problem, commission vice chair and Kansas Secretary of State Kris Kobach made the following requests to every state government:

In addition, in order for the commission to fully analyze vulnerabilities and issues related to voter registration and voting, I am requesting that you provide to the commission the publicly available voter roll data for [your state], including, if publicly available under the laws of your state, the full first and last names of all registrants, middle names or initials if available, addresses, dates of birth, political party (if recorded in your state), last four digits of social security number if available, voter history (elections voted in) from 2006 onward, active/inactive status, cancelled status, information regarding any felony convictions, information regarding voter registration in another state, information regarding military status, and overseas citizen information.

45 states are refusing to comply, and some politicians of both parties are indignantly posturing about it — from Mississippi Republican Secretary of State Delbert Hosemann sneering “They can go jump in the Gulf of Mexico” to Maryland Democrat Attorney General Brian Frosh declaring “this request for the personal information of millions of Marylanders repugnant.”

However, you may have noticed in Kobach’s statement he was only requesting “the publicly available” data — i.e., nothing that isn’t already obtainable, with the exception of SSN’s last four digits, which can help differentiating identical names, but on which reasonable people can disagree as to whether the commission needs them.

Ever wonder why you get the mailings and robocalls you do during election seasons? Because campaigns and interest groups buy the voter lists from your state governments. Who you voted for is private, but pretty much everything else — name, address, how often you vote, sometimes even party registration — is already available to whoever wants it for a fee (or sometimes even for free).

It’s totally routine on both sides. Groups compare the data to how elections turn out district by district, in order to target their advertising and messaging to the audiences where they think it’ll have the biggest impact.

“It’s silly,” said Chris Wilson, CEO of the political consulting group WPA Intelligence and former head of research and analytics for the Ted Cruz presidential campaign. “This is data that we can purchase online from multiple states and multiple sources.”

Von Spakovsky added that, if the fact that states sell voter information were not enough, federal law requires states to keep and give out the same information. The National Voter Registration Act, also known as the Motor Voter law, includes a provision saying, “Each state shall maintain for at least 2 years and shall make available for public inspection and, where available, photocopying at a reasonable cost, all records concerning the implementation of programs and activities conducted for the purpose of ensuring the accuracy and currency of official lists of eligible voters…” I asked von Spakovsky if that rather convoluted phrase covered voter rolls and information. “Yes,” he answered.

Hypocrisy doesn’t get much thicker than this. What a perfect illustration of just how phony the Left’s objections — nothing more than a smokescreen to protect their attempts to steal elections — truly are.