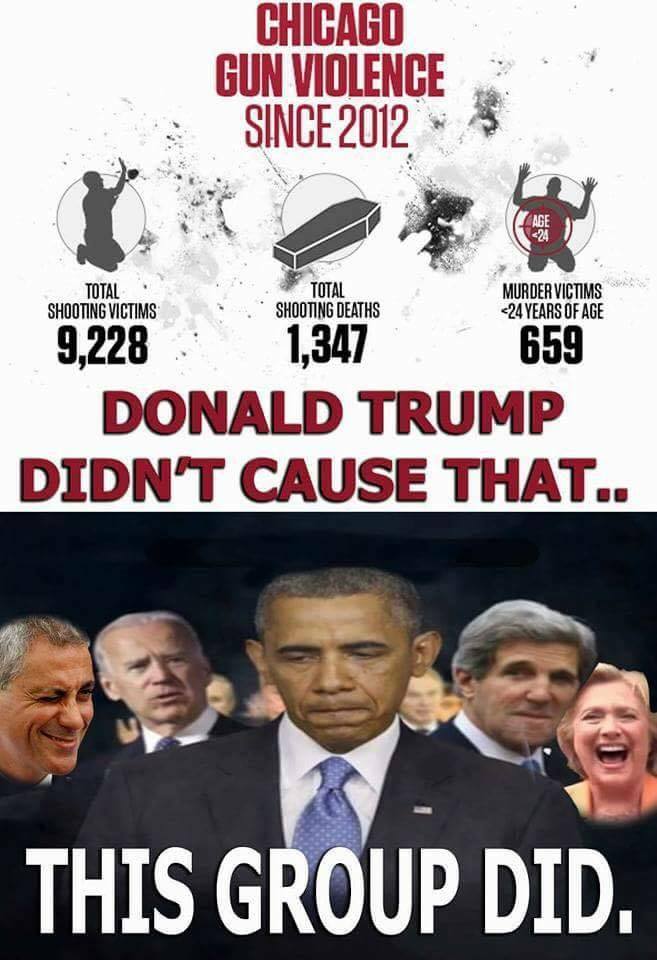 Who’s to blame when riots break out because a presidential candidate is exercising his right to speak?

Donald Trump, of course, according to Hollywood’s super angry and super liberal elite.

Left-wing celebrities have since flooded Twitter to accuse Trump of being classless, hateful, and insulting, by tweeting classless and hateful insults.

.@realDonaldTrump You have promoted violence and have stoked the anger of your supporters. Your campaign is a shame to our nation.

When Trump says “I’d hate for anyone to get hurt” I can just see his miniature orange fingers crossed behind his back.

With great power comes great responsibility. Be a leader. Not a divider. This is the UNITED States. #TrumpRally #ImWithHer

Obama elevated the way politicians conduct themselves & Trump is already inspiring a race war. I fucking hate that cynical piece of shit.

Mr TRUMP, what specific times r u referring 2 from the good ol days when protesters were served the right “consequences”? Please b specific

Trumpist supporters on @CNN want to spin this #TrumpRally on the protesters. BS! Real leader wld’ve stepped out & calmed it. Period #NoPower

.@realDonaldTrump ‘s rhetoric has lit this fuse.I hope people are safe & protest peacefully. This is just getting started. #TrumpRally

Turn in CNN. Near riot at a trump rally. Protestors shut it down in Chicago. This day was coming. And this fool trump is loving it

To red carpet liberals, Obama, who looks the other way when riots break out, brings people together.  Donald Trump meanwhile, is a shameful divider, even as he condemns the violence as an attack on free speech but still postponed his rally because he didn’t want anyone to get hurt.

Donald Trump Jr. tweeted his own views, while John Legend responded by calling his father a racist.

It’s pretty embarrassing. Trump supporters were articulate and the antis could barely speak and had no answers. https://t.co/FIhnHkEXDG

.@DonaldJTrumpJr I think they were protesting your racist father. This isn’t complicated.

.@DanielT03571138 @DonaldJTrumpJr the Donalds and I graduated from the same University, funny enough.

Here we go again. That can’t be the answer for everything you don’t like. That’s why the country is so divided now! https://t.co/BFh3XNsl7F

Cher’s tweet, barely legible and all caps, concluded that Trump is like Hitler because people disagree with him and he doesn’t want violence to ruin America.  Because she’s Cher.

LIKE TRUMP,HITLER CAUSED CHAOS&FEAR,THEN SAID HE WAS THE ONLY MAN STRONG ENOUGH 2KEEP PPL SAFE& KEEP TROUBLE MAKERS FROM RUINING THE COUNTRY

Who’s really to blame when a candidate isn’t free to speak at his own rally due to the threat of violence?

Let us know what you think and sound off in the comments.