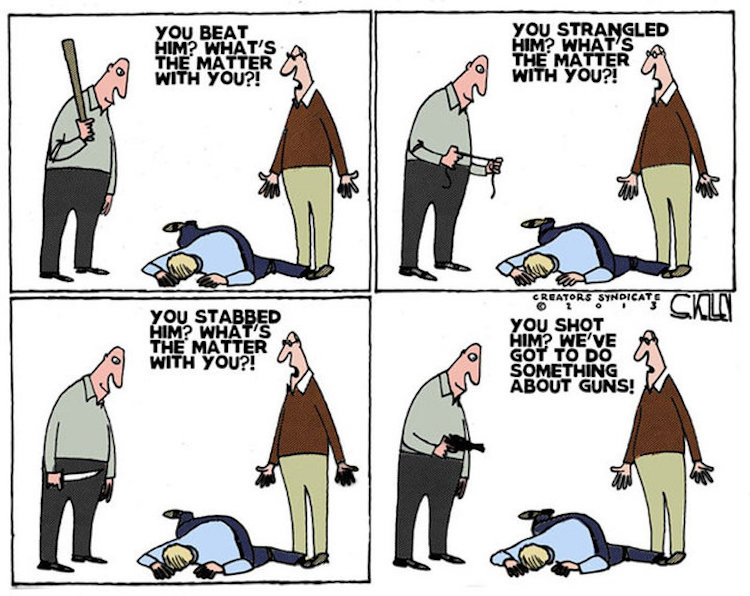 Why is it that some of our society’s most creative people when it comes to fiction are complete and utter imbeciles when it comes to basic familiarity with how things work in the real world?

Today’s example of an entertainment elite who’s not fit to tie the shoes of the average American he looks down upon is horror novelist Stephen King, who’s developed something of a reputation over the years for being particularly venomous even by the Left’s standards. So quick to assert the moral high ground, in fact, that he doesn’t particularly care whether he looks like a moron in the process.

You're a hell of a lot more likely to be killed in FL by an opioid overdose than MS-13. But muh base.

Don't tell that to the parents of the kids who got shot in Broward County today, sport.

Now, as we covered before, as a deranged NeverTrumper Wilson isn’t much better, so his downplaying of the threat of illegal immigrant crime is noteworthy in its own right (to say nothing of the fact that America’s broader drug problem is also linked to illegal immigration).

But the real magic comes from King’s response. What does one have to do with the other? Nothing. Unless, as Mr. King apparently did, one never heard of the notoriously violent gang before and assumed MS-13 was a type of gun. Hmm, two letters followed by two numbers…must be like an AK-47!

The Mara Salvatrucha, or MS13, is perhaps the most notorious street gang in the Western Hemisphere. While it has its origins in the poor, refugee-laden neighborhoods of 1980s Los Angeles, the gang’s reach now extends from Central American nations like El Salvador and through Mexico, the United States and Canada. They rob, extort and bully their way into neighborhoods and have gradually turned to transnational crimes such as human smuggling and drug trafficking. Their activities have helped make the Northern Triangle — Guatemala, El Salvador, and Honduras — the most violent place in the world that is not at war. In October 2012, the US Department of the Treasury labeled the group a “transnational criminal organization,” the first such designation for a US street gang […]

Numbers vary, but the US Southern Command says there are as many as 70,000 gang members in the Northern Triangle. The proliferation of gangs has accompanied a rise in murder rates.

Of these gangs, the MS13 is the largest in the region. Central American immigration to other parts of the United States, such as New York City and the Washington, DC area, helped foster the spread of the MS13 within the United States as well. The MS13’s links to illegal human trafficking from Central America have helped solidify the gang’s place in Mexico’s crowded criminal landscape, especially in the southern border region.

While liberals naturally downplay the problem of illegal immigrant crime, it’s not as if they never talk about MS-13. I’ve never heard of anybody denying its existence. So how could it possibly be that King has never even heard of them?

And of course, King hasn’t acknowledged his error or even shown signs of being embarrassed by it. Since then he’s continued retweeting gun-control propaganda with every bit as much arrogance and bile:

The 2nd Amendment extremists will never be swayed from their hardline position. The only way to enact sane gun regs is at the ballot box. If you feel that way, it's simple: if they take money from the NRA, don't vote for 'em in November.

Liberals fancy themselves as more knowledgable than everyone else around them, but more often than not, that comforting delusion is no more than a comforting self-delusion to pretend they don’t live in a bubble.