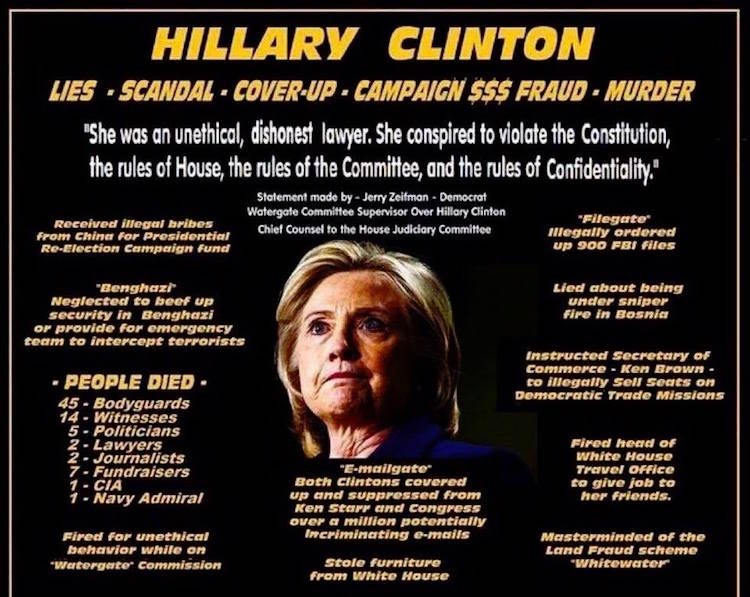 Brian Thomas reports that the FBI has recently released a summary of what they found while investigating Hillary Clinton’s handling of confidential content via email.

Among their revelations is the startling fact that Clinton had one of her aids wipe information from at least two of her mobile devices before physically destroying them with hammers.

The FBI said in a report that an aide to Bill Clinton, Justin Cooper, recalled “two instances where he destroyed Clinton’s old mobile phones by breaking them in half or hitting them with a hammer.”

Clinton had 13 mobile devices that she potentially used to access emails on her private clintonemail.com server based out of her Chappaqua, New York home, according to the FBI.

The FBI report said that “the whereabouts of Clinton’s devices would frequently become unknown once she transitioned to a new device.”

The revelation from Cooper reveals that at least two of the devices were scrubbed of all information before being physically destroyed.

Of course, this is breaking plenty of State Department rules, but to cover your tracks, more and more rules need to be broken, along with a few phones.

Let’s see how Clinton tries to dismiss this to her supporters.

Unfortunately, however, there seems to be nothing Hillary can do to lose the support of her admirers. She could bash skulls with a hammer on live TV and the Liberals will still be falling over themselves to vote for her.

What a sad world we live in today.