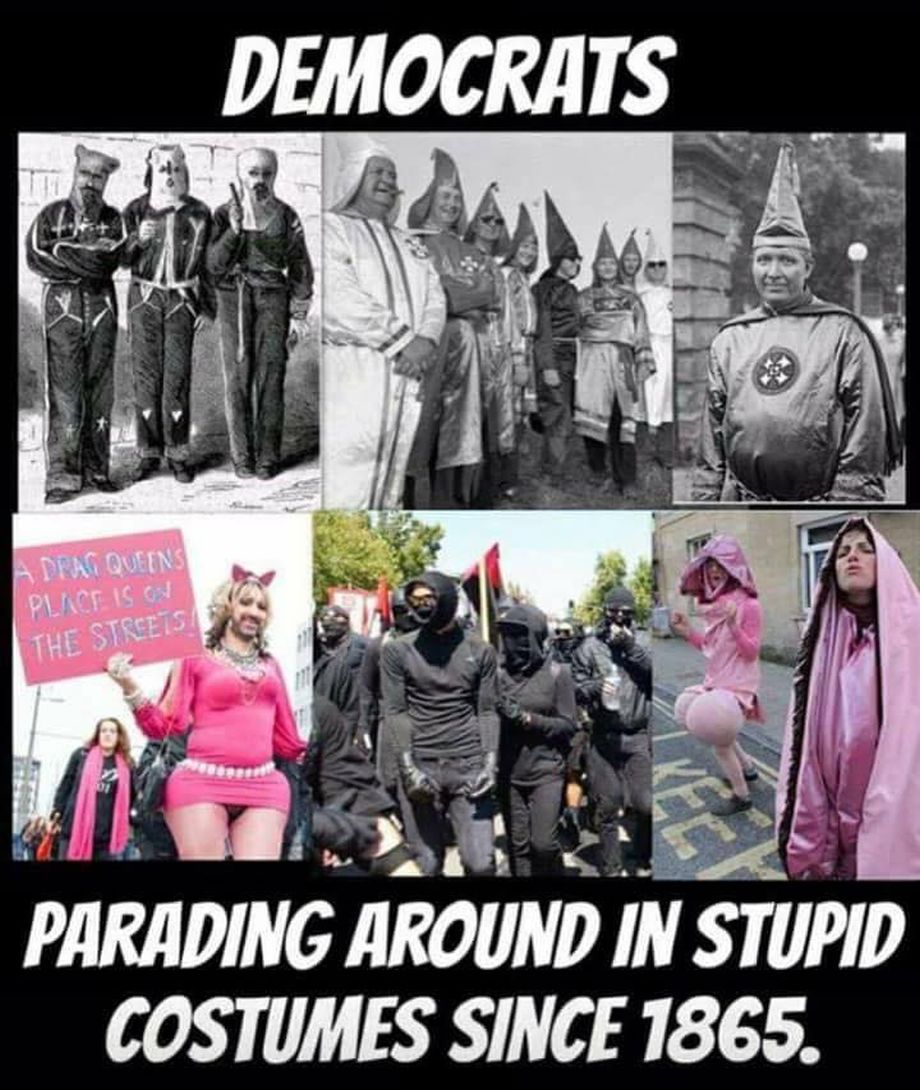 Democrats like to pretend they have a long history of fighting racism, but the truth is that it was Democrats who supported slavery, upheld Jim Crow laws, and were so deeply involved in the Ku Klux Klan that the 1924 Democratic National Convention at Madison Square Garden in New York City is called the “Klanbake” convention.

The Democratic Party’s history of racism is undeniable in the picture below, taken at the 1924 “Klanbake” Democratic National Convention.

A recent article by Scott Osborn of I Have the Truth sheds light on the Democratic Party’s true history.

After World War I, the popularity of the Klan surged due to connections of its public relations leadership to those who had promoted the successful Prohibition Amendment to the U.S. Constitution, becoming a political power throughout many regions of the United States, not just in the South. Its local political strength throughout the country gave it a major role in the 1924 Democratic Party National Convention (DNC).

[…] The notoriety of the “Klanbake” convention and the violence it produced cast a lasting shadow over the Democratic Party’s prospects in the 1924 election and contributed to their defeat by incumbent Republican President Calvin Coolidge.

During Reconstruction, hundreds of black men were elected to Southern state legislatures as Republicans, and 22 black Republicans served in the U.S. Congress by 1900.

A few decades later, the only serious congressional opposition to the landmark Civil Rights Act of 1964 came from Democrats.

Eighty percent of Republicans in the House of Representatives supported the bill. Less than 70 percent of Democrats did.

The Democratic Party did not elect a black man to Congress until 1935.

The true history of the Democratic Party is an embarrassment to modern Democrats who pretend that conservatives espouse bigotry.