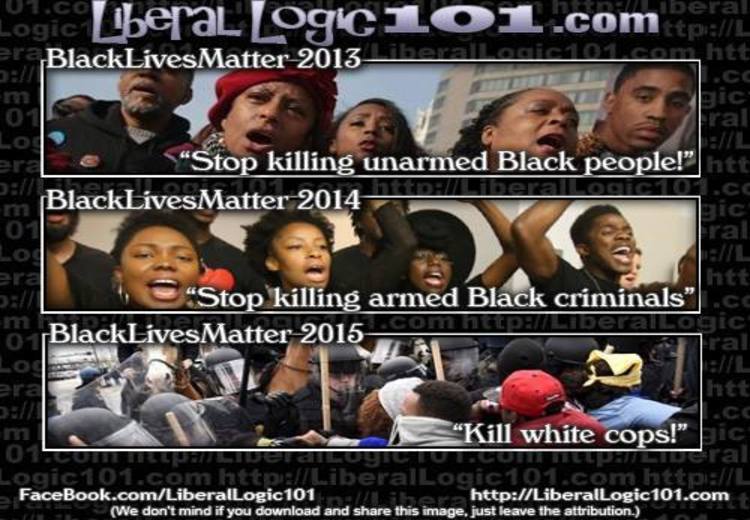 Info Wars reports on a repulsive radio show audio broadcast that showcased an individual who admitted affiliation with the ‘Black Lives Matter’ movement and called for listeners to murder white people and police — declaring it “open season” for such executions:

The host stated that there will be more killings of cops and white people in general by black people, who will kill one by one.

“It’s open season on killing whites and police officers and probably killing cops period. It’s open season. Picking them off. Today we live in a time when the white man will be picked off.“ the host stated.

“It reminds me of a Bob Marley song “I shot the Sheriff,” he said, adding “It’s unavoidable, it’s inescapable, it’s funny.”

The host called for an all out race war, stating that “It’s about to go down, it’s open season on killing white people and crackers.”

The racist host compared black people killing whites to a pride of lions picking off Buffalo one by one, saying that the lions are outnumbered, but are much more deadly and cunning.

“Yes, they say it, there will be a race war.” the host stated, adding that “The Black Lives Matter movement isn’t enough,” yet admitting an affiliation with activists within that movement.

The host directly told white people that angry black militants “will get you when you least expect it.”

Two more cops were murdered yesterday, another in Texas, and one in Illinois, where a man hunt is underway.