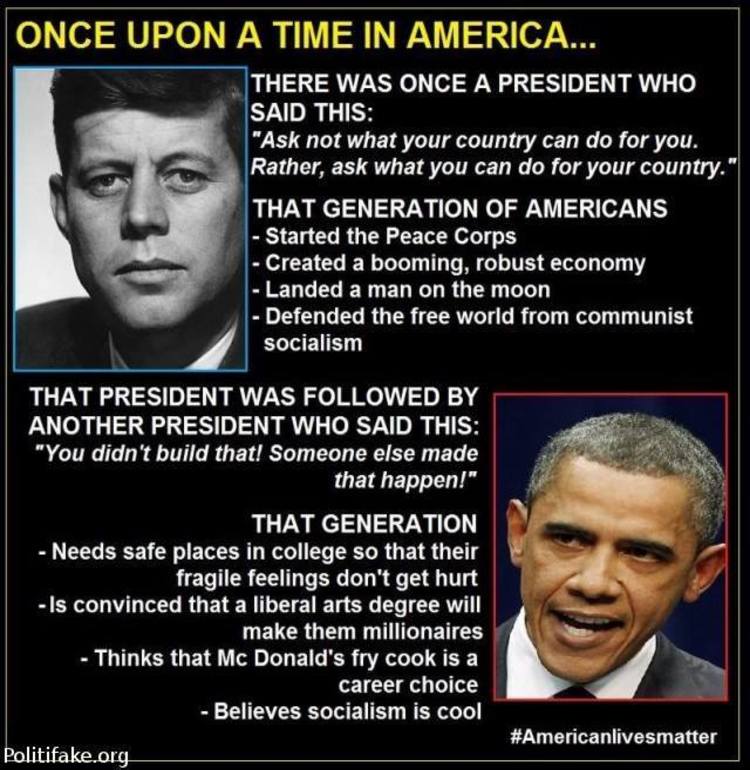 V. Saxena reports President Barack Obama must be auditioning to be on the next episode of “Presidents Say The Darnedest Things,” because he said something so stupid this Monday that it defied comprehension.

The Daily Caller reported that Obama claimed during an interview with news station WMUR that GOP presidential front-runner Donald Trump lacks the qualities needed to be an effective president.

“I think that [Trump] is not somebody who, even within the Republican party, can be considered equipped to deal with the problems of this office,” he quipped.

Said the former community organizer turned president who used to spend his days frequenting the church of racist Rev. Jeremiah Wright and handing out fliers on the still-violent streets of Chicago, Illinois.

Cue Breitbart, which published the following critic of Obama during the 2012 election:

One cannot deny and must also accept and acknowledge that Obama was a man who had only run the Harvard Law Review for a short time, was an Illinois state senator with no considerable accomplishments, and was only a two year US senator with no considerable accomplishment. He was totally unqualified to tackle the very serious challenges our country faced with regards to the economy, or anything else for that matter.

Obama “earned” his presidency via only two factors: his race, and his “hope and change” rhetoric, which unfortunately managed to fool many.

Obama had no experience before taking office with no foreign policy experience & he still knows nothing. He's NOT A LEADER & is VERY WEAK!!

Granted, Trump’s “Make America Great” slogan sounds eerily similar, but as a reminder, Trump has a solid history of success in business. He also possesses a great deal of experience dealing with foreign leaders and dignitaries.

Our current president instead waltzed into the White House with nothing but years of Marxist indoctrination, courtesy the likes of Bill Ayers and Saul Alinsky, among others.

Presidents really do say the darnedest things, don’t they?