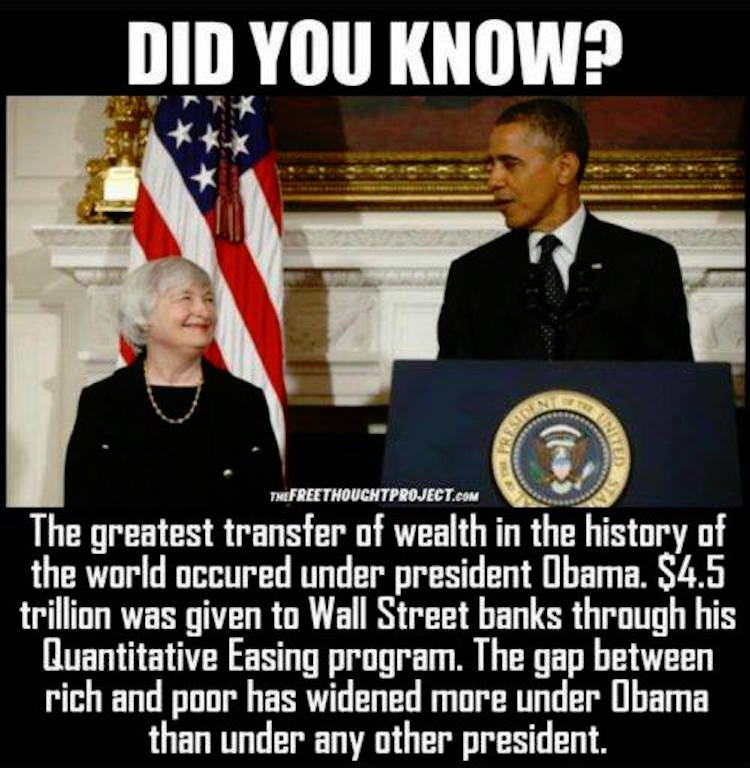 Elizabeth Warren has it exactly backwards. Not only aren’t big bankers toasting the prospect of a Dodd-Frank rollback, they’re actually lobbying against it. That’s because it was one of the greatest things ever to happen to them, crushing their smaller competitors.

In 2010, when Democrats passed the regulations following the financial crisis, almost no Republicans supported it. [1][2] They said it would kill small banks and make “too-big-to-fail” even worse by imposing expensive regulations that only big banks could afford.

And they weren’t the only ones. Small banks warned against the legislation. “As a result of this volume and the new restrictions, many small banks are telling us they will simply have to sell out to larger institutions that have the staff to deal with the massive volume of new reports and rules,” American Bankers Association President Ed Yingling said before the bill passed. [3]

Turns out they were right. The law has been a gift to big banks. And why wouldn’t it be? It was written by lobbyists for the largest banks and the politicians they donated to, who in turn used the sympathetic media and celebrities [4] to promote it, many of whom had no clue that they were actually supporting a law that would push community banks out of business and further concentrate banking assets into the hands of a few gigantic institutions.

How much has Dodd-Frank exacerbated the problem of “too-big-to-fail”?

Even Hillary Clinton acknowledged the disaster. “What was meant to reign-in ‘too big to fail’ has actually fallen harder on [small banks],” she said during the campaign [6], though she refused to commit to repeal [7], likely because of her ties to big banks [8].

I was asked for the direct links to the Fed data that I used to make these charts, so here it is:

Banks with assets greater than $15B is tracked by the Fed at https://fred.stlouisfed.org/series/USG15NUM

Banks with assets between $100M and $1B is a chart I custom made using the following formula: