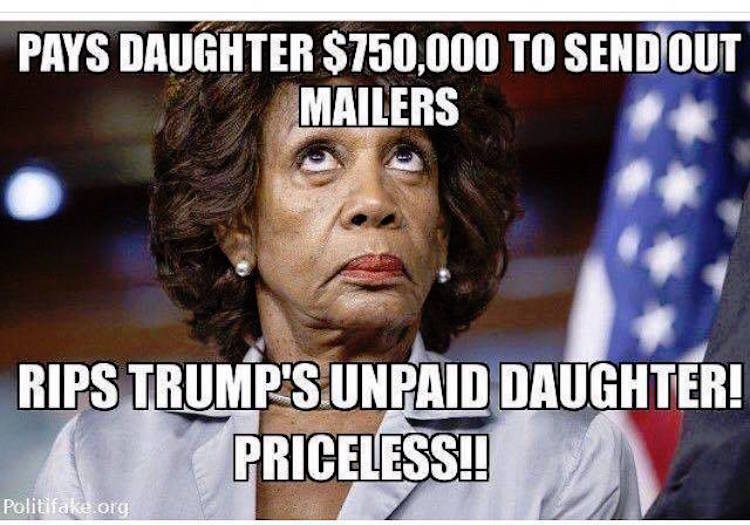 And that’s not the only example of her hypocrisy. From Kimberly Morin: Well now, isn’t this an interesting flashback in history – a video of Maxine Waters talking about the impeachment proceedings against then-President Bill Clinton.

It’s amazing how much information can be stored and retrieved from the interwebs, isn’t it?

The minute it was clear Hillary Clinton lost the presidential election, the left began screaming about impeachment. They are screaming about it to the point that even far-left Nancy Pelosi commented at a CNN town hall that you can’t call for impeachment just because you don’t like Donald Trump; you need facts. Yes, she really did say that:

Maybe Waters should follow Pelosi’s footsteps before someone finally locks her up in an asylum. When Pelosi actually sounds like the sane one, you’ve got a serious problem on your hands.