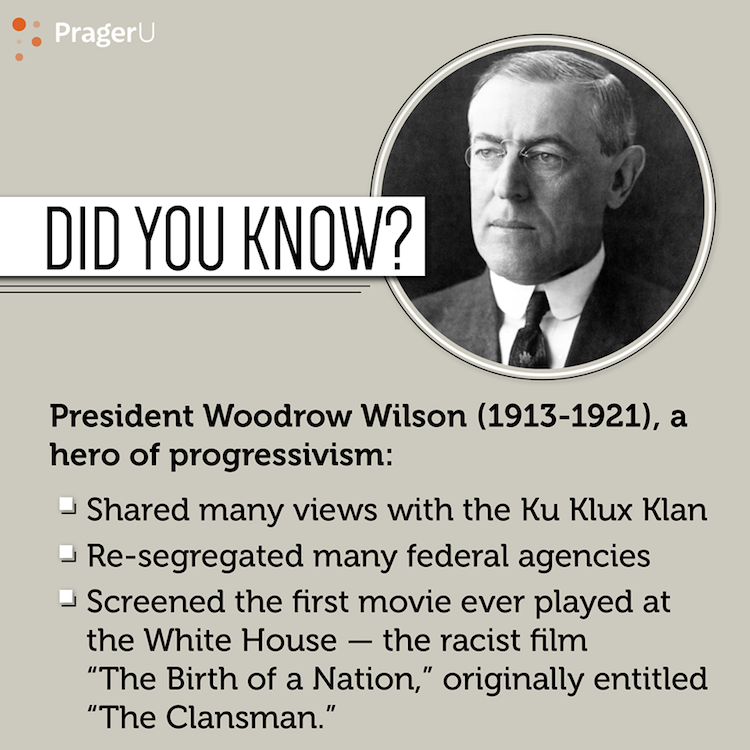 Shocking but true, this flashback from Brian Thomas reveals ten of President Woodrow Wilson’s #1. “The white men were roused by a mere instinct of self-preservation—until at last there had sprung into existence a great Ku Klux Klan, a veritable empire of the South, to protect the Southern country.”

This quote puts racist ideology on the pedestal Wilson thought it deserved. 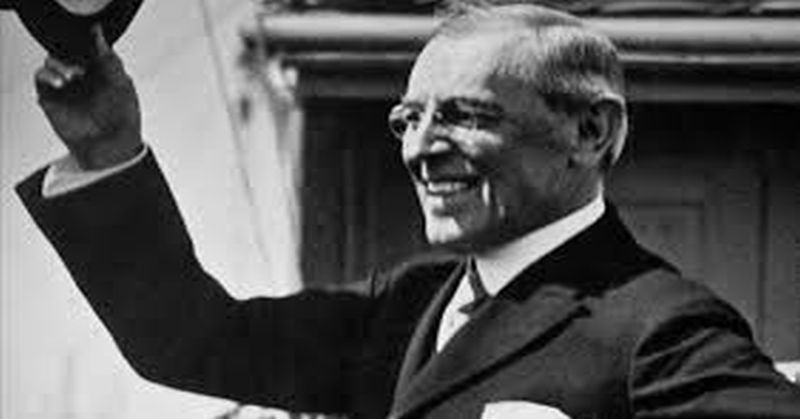 #2. “Segregation is not a humiliation but a benefit, and ought to be so regarded by you gentlemen.”

Speaking to protesters of segregated battalions, Wilson’s patronizing words reflect the progressive mentality that government must tell the people how to regard the issues. The protest of the people is just loud ignorance. The military wasn’t desegregated until 1948. Certainly, Wilson set equality back during his presidency and earlier accomplishments for desegregation might have been made if it weren’t for Wilson’s championing it as a benefit to be cherished. 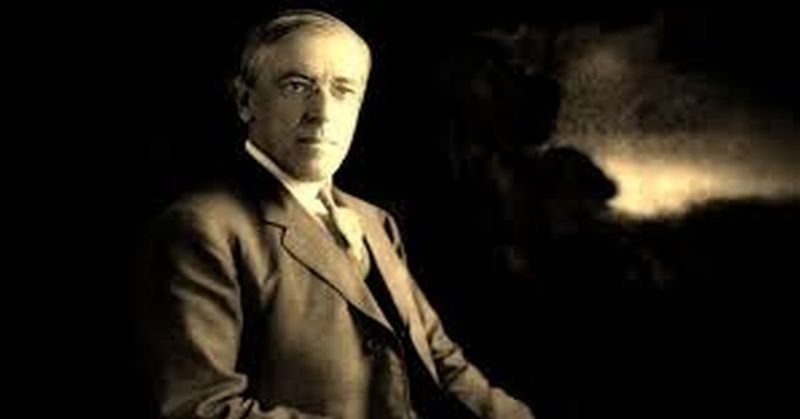 #3. “If the colored people made a mistake in voting for me, they ought to correct it.”

This 1914 New York Times quote firmly establishes Wilson to the modern reader as a smug jerk. Rather than sympathize with black people suffering under his presidency which aimed to hold them back, Wilson joked their problems away. 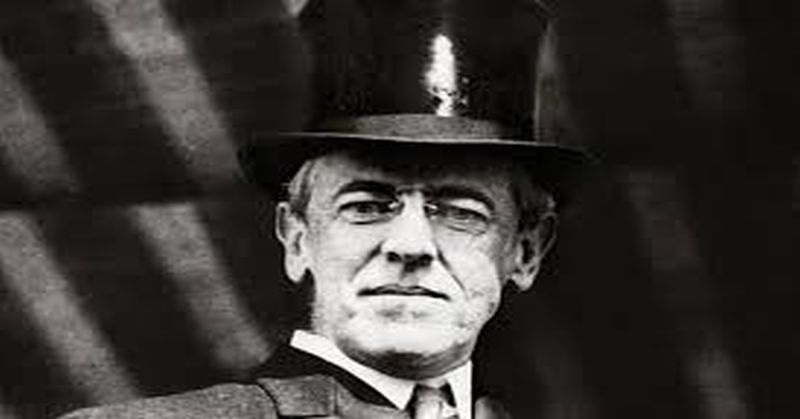 #5. “[Reconstruction government was detested] not because the Republican Party was dreaded but because the dominance of an ignorant and inferior race was justly dreaded.”

Wilson readily admits that politics weren’t the core issue during post civil war reconstruction. For him, the problem was that people he preferred to define as inferior to whites were “dominating” their way out of slavery. 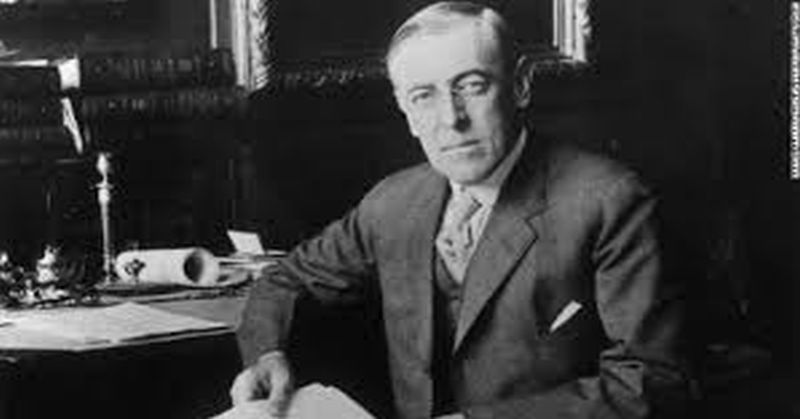 #6. “Off by themselves with only a white supervisor, blacks would not be forced out of their jobs by energetic white employees.”

Wilson shot off some absurd excuses for segregation. Just as he justified slavery by inventing weird and imaginary benefits, he had his excuses for why segregation was in black Americans’ best interests. 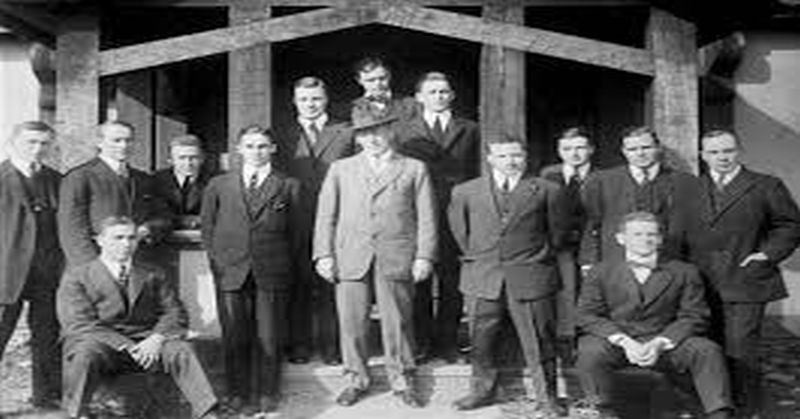 #7. “The whole temper and tradition of the place [Princeton] are such that no Negro has ever applied for admission, and it seems unlikely that the question will ever assume practical form.”

As President of Princeton, long before he became President of the United States, Wilson actively discouraged black people from applying to the University. 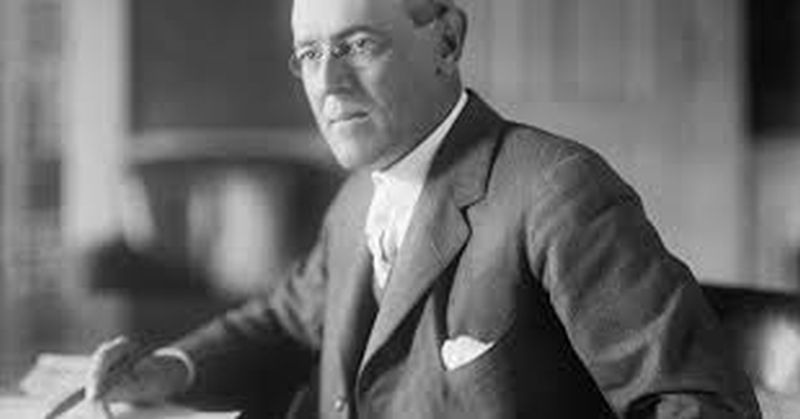 #8. “Any man who carries a hyphen about with him carries a dagger that he is ready to plunge into the vitals of this Republic whenever he gets ready.”

Distrust of anyone not originally from the US was encouraged by this progressive icon. #9. “In the matter of Chinese and Japanese coolie immigration, I stand for the national policy of exclusion. We cannot make a homogenous population out of people who do not blend with the Caucasian race… Oriental Coolieism will give us another race problem to solve and surely we have had our lesson.”

Wilson’s racism extended not only to a perceived “race problem” in the US, but the potential of more of them by the immigration of Asians. 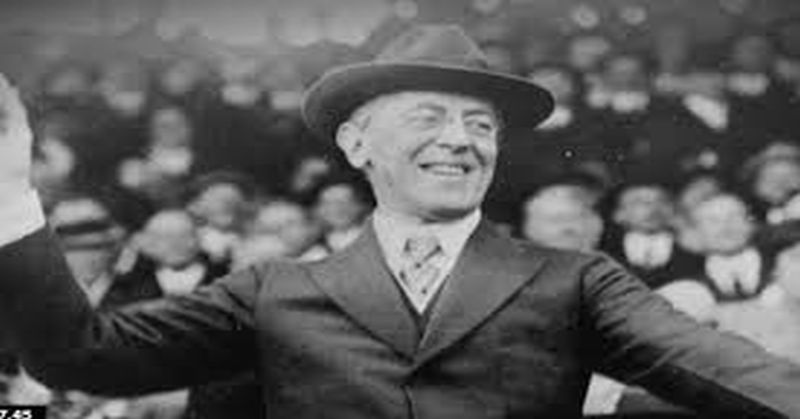 #10. “Now came multitudes of men of the lowest class from the south of Italy, and men of the meaner sort out of Hungary and Poland, men out of the ranks, where there was neither skill nor energy nor any initiative of quick intelligence, and they came in numbers which increased from year to year, as if the countries of the south of Europe were disburdening themselves of the more sordid and hapless elements of their population.”

Wilson’s words attacked the core of our founding principles. Of course the Constitution must change as a living document for Wilson, because in his assessment the constitution was wrong.