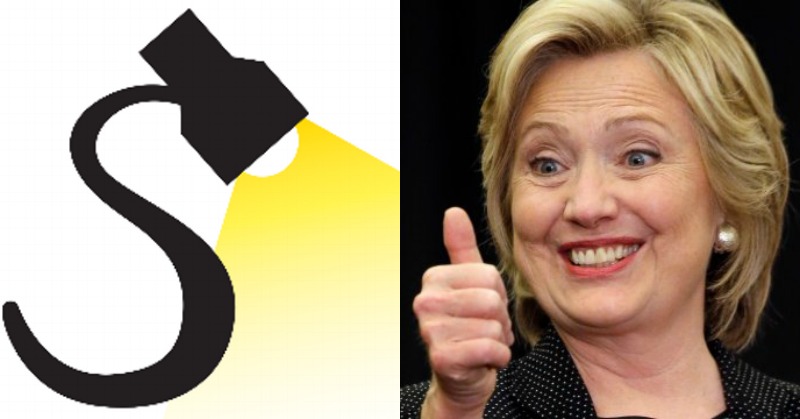 Snopes, a fact-checking website, used to focus on things like U.F.O’s but has more recently delved into the arena of political fact-checking. Their articles are often incredibly biased and more akin to mopping up for liberals than any semblance of real fact-checking, and the background of their lead fact-checker sheds light on the mindset of the site.

The Daily Caller reported that the main fact-checker for the site is Kim Lacapria, an outspoken liberal and failed blogger for Inquisitr — a blog ironically notorious for hoaxes and fake quotes.

During her time at Inquisitr, where her blogs reportedly regularly garnered just 10-20 shares, Lacapria exposed her bias.

Lacapria called herself “openly left-leaning” and described Tea Party members as “teahadists.” Her fact checking at Snopes has amounted to making excuses for the actions of the left, rather than any actual fact-checking.

Omar Mateen, the radical Islamic terrorist who killed 49 people in Orlando, Florida, was a registered Democrat. This was a fact, one that Lacapria should have verified and simply reported. Instead, she made the excuse that Mateen may “have chosen a random political affiliation when he initially registered.”

Using allegations of sexism instead of focusing on the facts, Lacapria delved into the criticism of Clinton wearing a $12,495 jacket while decrying income inequality…by complaining that “the cost of men’s suits worn by fellow politicians didn’t appear in the article for contrast.”

Lacapria even claimed that the speech where Clinton discussed “raising wages and reducing inequality” wasn’t about income inequality at all. Typical left-wing tactic: just pretend it didn’t happen.

The failed liberal blogger even disgustingly made excuses for Clinton’s now infamous comment that “we didn’t lose a single person” in Libya despite the fact (you know, the thing Snopes is supposed to be checking for) that four Americans died in Benghazi on Clinton’s watch as secretary of state.

Lacapria attempted to explain Clinton’s indefensible comment by suggesting the Democrat candidate was only referring to the 2011 invasion of Libya, not the attack that occurred in 2012.

But this context didn’t change anything. Clinton’s flippant comments were still disturbingly reminiscent of her infamous “what, at this point, does it matter?” question.

Clinton’s camp has called for vigorous “fact-checking” of GOP nominee Donald Trump at tonight’s debate and it’s clear that if Snopes has any part of it, facts will be sparse to nonexistent in the analysis.

It’s fitting that Snopes would pick a failed liberal blogger to do their left-wing version of fact-checking, as the fact-averse left is notorious for celebrating failure.